Paul Goldberg is a geologist specializing in geomorphology and geoarchaeology who had done extensive worldwide field researches.

Goldberg attended University of Colorado studying geology where he obtained his bachelor's degree in 1965. He continued his college study in geology at the University of Michigan in 1968 where he graduated with a M. S. degree. He completed his Ph.D. in geology at University of Michigan in 1973. His Doctorate study in Sedimentology, Stratigraphy and Paleoclimatology from et-Tabun Cave, Mount Carmel, Israel. His Ph.D. advisor was Professor William R. Farrand was a geologist. His mentor in archaeology was Professor Henry Wright at Michigan University.

Goldberg began his academic teaching career in 1972-73, where he was a lecturer in Earth Science at Kingsborough Community College during two summers there. During 1973-1975 Goldberg was Lady Davis Postdoctoral Fellow at the Institute of Archaeology in Hebrew University in Jerusalem. During 1984-1992 he was an associate professor in Institute of Archaeology in Hebrew University. During the spring of 1985 he was a visiting professor in Anthropology / Sociology at the University of British Columbia. In 1989-1990 Goldberg was Visiting Scholar in Anthropology Department at Harvard University. In 1989-1993 he was a research associate in Department of Archaeology at Boston University. Then he was a research associate in the Peabody Museum of Harvard University during 1991-2000. He became a research fellow at the Texas Archaeological Research Laboratory) in Austin at the University of Texas. He also taught in geography at the University of Texas. He continued teaching as an associate professor in archaeology at Boston University from 1995 to 2001. Goldberg was an Invited Professor in the Laboratoire d' Anthropologie-Archeometrie at Universite de Rennes at France during January 2006. Presently he is a Professor of Archaeology at Boston University specializing in the field of micromorphology connecting to the researches on archaeological locations. Goldberg writes as a co-editorial in the journal Geoarchaeology teaming upon Rolfe Mandel for Kansas Geological Survey. He had many kinds of scientific researches involving his interests geological archaeology, site formation processes and micromorphology of sediments focusing on archaeological locations.

Goldberg has undertaken fieldwork all over the world. His field researching has taken him to over 50 micromorphology locations around the world. Summer 1966, he has done fieldwork was in Rhine Valley, France researching loess which he was a field assistant to W. R. Farrand. Summers of 1967 to 1970 he worked with A. J. Jelinek, a director working on stratigraphy and sedimentology in cave deposits with University of Michigan and Arizona Tabun Cave dig. Summer 1978 Goldberg along with Y. Shiloh, the director worked at City of David dig in Jerusalem focusing on geology of Hellenistic sediments. In May 1980 Goldberg and M.A.J. Williams, the director researched on micromorphology of sediments at Shaw's Creek Rockshelter in Australia. Between 1989 and from 1995 to 1998 Goldberg researched teaming with R. I. Macphail at Gorham's Cave dig at Gibraltar with C. Stringer, a director on sedimentology, stratigraphy also palaeoenvironments associated with cave components. Between July 1991 and June 1992 to 1994 and 1997 to 1999 Goldberg teamed with B. Driskell, a director on sedimentology with microstratigraphy also in site formation processes in Dust Cave, Alabama. Between February and March 1992 to 1995 Goldberg researched on geology, micromorphology also stratigraphy in Die Kelders Cave in South Africa with the directors, F. Grine and R. Klein. During August 1992 and 1996 Goldberg along with I. Yalcinkaya, the director researched on micromorphology and sedimentology consisting cave components dig in Karain also in Okuzini Caves in Turkey. In May 1996 and 1997 Goldberg teamed with O. Bar-Yosef also with Steve Weiner researching on micromorphology consisting sediments at Zhoukoudian Cave in China studying on the employing of fire with micromorphology also FTIR. Between August 1999 to 2002 Goldberg along with N. Conrad, a director worked on microstratigraphy and micromorphology between Upper Palaeolithic Hohle Fels also at Geissenkloesterle Caves in Germany. At January 1980 Goldberg accompanied with SUNY-Stony Brook graduate student, Jenna Cole teaming on researching the micromorphology and microstratigraphy from Middle Stone Age Blombos Cave in South Africa with the director, Dr. C. Henshilwood. During August 2001 Goldberg studied with D. Adler and O. Bar-Yosef on geoarchaeology during Palaeolithic digs in Republic of Georgia at Ortvale Klade, Dzudzuana. During November 2005 Goldberg along with O. Bar-Yosef and S. Weiner worked on the dig of microstratigraphy during Early Neolithic area at Yuchanyan, Hunan Province in China. Summer of August 2006 Goldberg with Enrique Baquedano, the director collected micromorphological components during Middle Palaeolithic dig, Pinilla del Valle in Spain.

Editorial and other activities

Goldberg is an Associate editor of journal, Geoarchaeology, Editorial Board of French Archaeology journal, Palaeo, Editorial Board of French Archaeology journal, Paleorient, Editorial Board of Eurasian Prehistory, headlined from Jagellonian University with American School of prehistoric Research at Harvard University. Goldberg also constructed International Workshop of Soil Micromorphology at Boston University Sargent Camp during the month of October 2003. Goldberg was a Vice-Chair for Archaeological Geology Division for Geological Society of America. He worked with O. Bar-Yosef adjoining the Symposium on Site-Formation Processes for Society for American Archaeology Meeting in New Orleans, Louisiana during April 1991. Goldberg was preceding Vice-President of Sub-Commission B for International Society of Soil Science with Micromorphology. He was a previous Guest Editor co-joining Z.B. Begin for Israel Journal of Earth Sciences along Special Issue of INQUA during August 1987. He was also the Member Soil Micromorphology Committee (S884) for the Soil Science Society of America and a Partaker with INQUA of Holocene of the Circum-Mediterranean Area. His membership involves many other organizations such as American Quaternary Association, American Association for the Advancement of Science, Geological Society of America, International Association of Sedimentologists, Society for Sedimentary Geology, Society of Sigma Xi, Society of American Archaeology, Society for Archaeological Sciences and Palaeoanthropology Society. 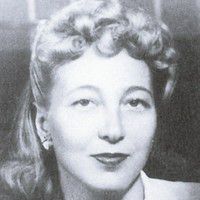 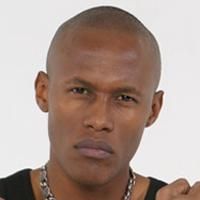