Paul Due
The basics

Paul Due (13 August 1835 – 26 February 1919) was a Norwegian architect and significant contributor to the stations built by the Norwegian State Railways.

Paul Due was born in Kristiansand, Norway. He graduated in engineering science at Leibniz University Hannover in the years 1852-56. After graduating, he traveled to the United States, where he was first assistant in the U.S. Coast Survey, then from 1857 to 1859 employed at the architectural office in Chicago and then in New York City, where he executed drawings for renovation of City Hall. From 1860-65 he lived in Charleston, Virginia. Among other things he planned fortifications at Richmond, Virginia for the Confederacy during the American Civil War.

When he returned to Norway, he designed 23 buildings in Drammen after the city was hit by the great fire in 1866. He worked with Bernhard Christoph Steckmest (1846-1926) in the firm of Due & Steckmest from 1870-1890. During this period, the firm provided plans for a number of notable buildings in Oslo. After ending their cooperation in 1890, Due worked as a railway architect for the Norwegian State Railways until 1912. During this period he designed more than 150 railway stations, including the stations at Hamar, Kristiansand, Levanger and Kornsjø. One of his most important buildings from this time period, the Hamar Railway Station dating from 1896, replaced former wooden buildings by architects Georg Andreas Bull and Balthazar Lange.

Paul Due was born in Christiania as the son of Oluf Christian Due and Anna Catharine Vibe, and through his father a nephew of Prime Minister Frederik Due. He married Francisca Wilhelmine Witte (1834-1918) in 1858, while they were living in Texas. They had six children. One of their sons was noted architect Paul Armin Due.

Selected work of Due & Steckmest

Stenersgata 24, Oslo
The contents of this page are sourced from Wikipedia article. The contents are available under the CC BY-SA 4.0 license.
comments so far.
Comments
From our partners
Sponsored

Selected work of Due & Steckmest 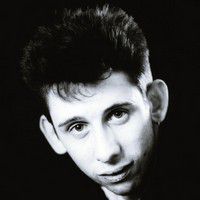