Paul Dittel (14 January 1907 in Mittweida, Saxony – 1976?) was a German historian and Anglicist who was also an Obersturmbannführer in the Schutzstaffel (SS). He played a central role in the Nazi German policy of confiscating libraries and literary collections from occupied countries.

Within the SS, Dittel was affiliated with the Sicherheitsdienst (SD) intelligence service and he was chief of that body's museum, library and research department. In late 1939 he was one of a number of Ahnenerbe members selected by Wolfram Sievers to travel to Poland in order to raid its museums and collections.

In 1943, Dittel succeeded Franz Six as chief of the SS-Reichssicherheitshauptamt (RSHA) office, Amt VII, the "written records" section which had responsibility for ideological research. In this role his activities soon came to focus on the topic of Freemasonry and he was involved in the looting of collections, devoted to this topic. Dittel oversaw the publication of a number of anti-Masonic books from the collection of material that he had gathered as well as the establishment of a Masonic Library. He was also responsible for the development of a special collection of books on occult topics such as theosophy and astrology, a project that had been devised by Ernst Kaltenbrunner and in which Heinrich Himmler took a keen interest.

Dittel was imprisoned after World War II. Following his release he moved to Mönchengladbach where he was employed as a clerk until at least 1973.

The contents of this page are sourced from Wikipedia article on 11 Mar 2020. The contents are available under the CC BY-SA 4.0 license.
comments so far.
Comments
From our partners
Sponsored
Reference sources
References
http://www.jmberlin.de/raub-und-restitution/en/glossar_d.php
http://www.iisg.nl/archives-and-restitution/pkg-sudeten_crossroads.pdf
https://d-nb.info/gnd/126072256
http://isni.org/isni/0000000015072729
http://data.bibliotheken.nl/id/thes/p141106492
https://viaf.org/viaf/201375524
https://www.worldcat.org/identities/containsVIAFID/201375524
Trending today in 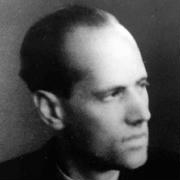