Paul Churchland (born 1942) is a Canadian philosopher and author. He is currently the Emeritus Professor of Philosophy at the University of California, San Diego. His research focuses on epistemology, perception, philosophy of cognitive science, philosophy of mind, philosophy of neuroscience, and philosophy of science.

Paul Montgomery Churchland was born on October 21, 1942 in Vancouver, Canada.

He remained on the Valtz Family Endowed Chair in Philosophy through 2011. In the years 1986-1990, he also served as Department Chair at the university.

In February 2017, Churchland became a Professor Emeritus at UCSD and also a member of the Board of Trustees of the Center for Consciousness Studies of the Philosophy Department, Moscow State University. He continues to appear as a philosophy faculty member on the UCSD Interdisciplinary Ph.D. Program in Cognitive Science and with the affiliated faculty of the UCSD Institute for Neural Computation.

Churcland is a major proponent of eliminative materialism –– the view that because the mind and brain are identical, we should eliminate the folk-psychological language (i.e., "mind" talk) from our vocabulary and replace it with a new scientific/neurophysiological language. He introduced the concept of "eliminative materialism" in his 1979 book, Scientific Realism and the Plasticity of Mind. He further refined the idea in is 1981 paper Eliminative Materialism and the Propositional Attitudes, at the University of Manitoba.

He, and his wife, Patricia Churchland, also a philosopher, believe that the "folk psychology" that seeks to explain human behavior in terms of the beliefs and desires of agents is flawed, and that it will be eventually displaced by completed neuroscience –– a theory that is more substantially integrated within physical science generally.

The propositional attitudes of folk psychology do not constitute an unbreachable barrier to the advancing tide of neuroscience. On the contrary, the principled displacement of folk psychology is not only richly possible, it represents one of the most intriguing theoretical displacements we can currently imagine.

He proposes that beliefs are not ontologically real; that is, he maintains that a future, fully matured neuroscience is likely to have no need for "beliefs", in the same manner that modern science discarded such notions as legends or witchcraft. He believes that such concepts will be strictly eliminated as wholly lacking in correspondence to precise objective phenomena, such as activation patterns across neural networks. He notes that the history of science has seen many posits once considered real entities, such as phlogiston, caloric, the luminiferous ether, and vital forces, thus eliminated.

In his 1996 book, The Engine of Reason, Churchland hypothesizes that consciousness might be explained in terms of a recurrent neural network with its hub in the intralaminar nucleus of the thalamus, and feedback connections to all parts of the cortex. He acknowledges that this proposal will likely be found in error with regard to the neurological details, but states his belief that it is on the right track in its use of recurrent neural networks to account for consciousness. This has been described, notably, as a reductionist rather than eliminativist account of consciousness.

In the book Matter and Consciousness, Churchland presents a contemporary overview of the philosophical issues surrounding the mind and explains the main theories and philosophical positions that have been proposed to solve them. He introduces the  relevance of theoretical and experimental results in neuroscience and cognitive science and reviews current developments in the cognitive sciences and offers a clear and accessible account of the connections to the philosophy of mind.

In Plato's Camera, Churchland talks about how the brain constructs a representation of the universe's timeless categorical and dynamical structure. This process of "taking a picture", which begins at birth, yields the enduring background conceptual framework with which we interpret our sensory experience for the rest of our lives.

Churchland is married to Canadian-American analytical philosopher, Patricia Churchland. Paul met Patricia when they were enrolled in a class on Plato at the University of Pittsburgh. They married after Patricia completed her B.Phil at Oxford University. The couple has two children: Mark Churchland (born 1972) and Anne Churchland (born 1974) –– both neuroscientists.

Mark is Assistant Professor of Neuroscience at Columbia University, New York. His research revolves around how the brain controls voluntary movement, and focuses on questions such as: how does the brain prepare and generate voluntary movement?  What is the key event that triggers a movement, and in doing so turns thought into action?  Can we reduce the problem of movement generation to a problem of characterizing the neural dynamics that are necessary to generate muscle activity? If so, how should we then think of upstream ‘cognitive’ processes that determine which movement to make and when to make it?

Anne is a neuroscientist at Cold Spring Harbor Laboratory, New York. Her research focused on the function of the posterior parietal cortex in cognitive processes such as decision-making and multisensory integration.

Scientific Realism and the Plasticity of Mind (1986)

A Neurocomputational Perspective: The Nature of Mind and the Structure of Science (1992)

The Engine of Reason, The Seat of the Soul: A Philosophical Journey into the Brain (1996)

Plato's Camera: How the Physical Brain Captures a Landscape of Abstract Universals (2013) 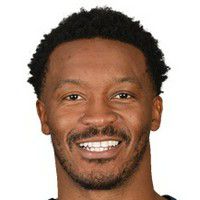 Writer and professor at Université Laval