Paul Berg (born June 30, 1926) is an American biochemist and professor emeritus at Stanford University. He was the recipient of the Nobel Prize in Chemistry in 1980, along with Walter Gilbert and Frederick Sanger. The award recognized their contributions to basic research involving nucleic acids. Berg received his undergraduate education at Penn State University, where he majored in biochemistry. He received his Ph.D. in biochemistry from Case Western Reserve University in 1952. Berg worked as a professor at Washington University School of Medicine and Stanford University School of Medicine, in addition to serving as the director of the Beckman Center for Molecular and Genetic Medicine. In addition to the Nobel Prize, Berg was presented with the National Medal of Science in 1983 and the National Library of Medicine Medal in 1986. Berg is a member of the Board of Sponsors for the Bulletin of the Atomic Scientists.

Berg was born in Brooklyn, New York, the son of a Russian Jewish immigrant couple, Sarah Brodsky, a homemaker, and Harry Berg, a clothing manufacturer. Berg graduated from Abraham Lincoln High School in 1943, received his Bachelor of Science degree in biochemistry from Penn State University in 1948 and Ph.D. in biochemistry from Case Western Reserve University in 1952. He is a member of the Beta Sigma Rho fraternity (now Beta Sigma Beta).

Berg's postgraduate studies involved the use of radioisotope tracers to study intermediary metabolism. This resulted in the understanding of how foodstuffs are converted to cellular materials, through the use of isotopic carbons or heavy nitrogen atoms. Paul Berg's doctorate paper is now known as the conversion of formic acid, formaldehyde and methanol to fully reduced states of methyl groups in methionine. He was also one of the first to demonstrate that folic acid and B12 cofactors had roles in the processes mentioned.

Berg is arguably most famous for his pioneering work involving gene splicing of recombinant DNA. Berg was the first scientist to create a molecule containing DNA from two different species by inserting DNA from another species into a molecule. This gene-splicing technique was a fundamental step in the development of modern genetic engineering. After developing the technique, Berg used it for his studies of viral chromosomes.

Berg is currently a Professor Emeritus at Stanford. As of 2000, he stopped doing active research, to focus on other interests, including involvement in public policy for biomedical issues involving recombinant DNA and embryonic stem cells and publishing a book about geneticist George Beadle.

Berg is a member of the Board of Sponsors of The Bulletin of the Atomic Scientists [1]. He was also an organizer of the Asilomar conference on recombinant DNA in 1975. The previous year, Berg and other scientists had called for a voluntary moratorium on certain recombinant DNA research until they could evaluate the risks. That influential conference did evaluate the potential hazards and set guidelines for biotechnology research. It can be seen as an early application of the precautionary principle.

Berg was awarded one-half of the 1980 Nobel Prize in Chemistry, with the other half being shared by Walter Gilbert and Frederick Sanger. Berg was recognized for "his fundamental studies of the biochemistry of nucleic acids, with particular regard to recombinant DNA", while Sanger and Gilbert were honored for "their contributions concerning the determination of base sequences in nucleic acids."

Other awards and honors

He was elected a Fellow of the American Academy of Arts and Sciences in 1966. In 1983, Ronald Reagan presented Berg with the National Medal of Science. He was elected a Foreign Member of the Royal Society (ForMemRS) in 1992. In 2005 he was awarded the Biotechnology Heritage Award by the Biotechnology Industry Organization (BIO) and the Chemical Heritage Foundation. In 2006 he received Wonderfest's Carl Sagan Prize for Science Popularization. 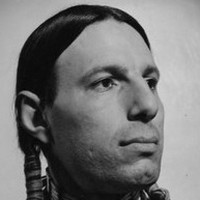