Patrick Vaughan (born 1965) is an American historian and scholar teaching at the MA program in Transatlantic Studies, Jagiellonian University in Kraków, Poland. He specializes in the history of the Cold War and America’s use of "soft power" to achieve its foreign policy aims in the 1970s, which helped turn the tide of the Soviet-American conflict.

In 1999 Vaughan published an article in the Polish Review examining the role of the Carter administration to deter a potential Soviet invasion of Poland in 1980s. This work won the Southern Historical Association’s John Snell Memorial Award and quickly opened a number of doors for the scholar; among others to Brzezinski’s personal archive at the Library of Congress and a research stay in Poland with the support of the Fulbright Program. In 2003 his work was recognized as "a major contribution to the historiography of the Cold War" by the Polish embassy in Washington D.C.

In May 2010 Patrick Vaughan published the first-ever full, authorized biography of Zbigniew Brzezinski in Polish. An English version of the biography is in preparation. 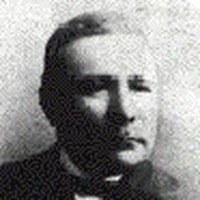