Patrick Schöffski, MD, MPH, is a board-certified specialist for internal medicine, hematology and medical oncology originating from Hannover, Germany, where he also received a master's degree in public health at Hannover Medical School.

He is the head of the Department of General Medical Oncology at the University Hospitals Leuven and also leads the Laboratory of Experimental Oncology at KU Leuven, Belgium. He is the current, re-elected Secretary-General of the Executive Committee and Board of the European Organisation for Research and Treatment of Cancer (EORTC). He was also part of the Board of Directors of the European Cancer Organisation (ECCO) and the Connective Tissue Oncology Society (CTOS) and is a current member of many scientific societies including the American Society of Clinical Oncology (ASCO), American Association for Cancer Research (AACR), American Thyroid Association (ATA), German Society of Hematology and Oncology (DGHO), Belgian Society for Medical Oncology (BSMO), Japanese Society of Medical Oncology, Connective Tissue Oncology Society (CTOS) and the Histiocyte Society. In 2013 he was appointed member of the Belgian Royal Academy of Medicine.

Professor Schöffski’s main clinical interest is the treatment of solid tumors and lymphomas. He is involved in a large number of prospective clinical trials in various tumor types, including orphan malignancies, ranging from phase 0-III. He leads an active phase I-team in Leuven, has a strong interest in multitumor phase II-screening studies, runs complex clinical trials in the field of personalized oncology and registration studies in various malignancies. He coordinates translational research projects associated with new drug development and in diseases such as sarcoma, urogenital and endocrine malignancies, and others. He has been involved in registration trials of antineoplastic agents in a variety of solid tumors. Prof. Schöffski has a strong background in clinical trial methodology. His Laboratory of Experimental Oncology at KU Leuven has a focus on mesenchymal malignancies and has established multiple cell line- or patient-derived xenograft models of soft tissue sarcomas and gastrointestinal stromal tumors, that are used for early drug screening and studies on cancer biology. This laboratory work has been the rationale for a number of ongoing and completed clinical trials.

He was work package leader in the Connective Tissue Cancers Network (CONTICANET), a Network of Excellence funded by the European Commission’s Sixth Framework Programme. He is member of the new EURACAN network for rare malignancies in Europe. Professor Schöffski has published >240 papers in international peer-reviewed oncology journals. He is member of the advisory board of several pharmaceutical and biotech companies and is an independent advisor to academic organizations such as Cancéropôle Île-de-France, Paris, France, the Ontario Institute for Cancer Research, Toronto, Canada, and the Cancer Center of Helsinki University Central Hospital. Until 2014 he acted as scientific chair of the Methods in Clinical Cancer Research Workshop series in Flims, Switzerland, organized by AACR, ECCO, ESMO and EORTC, and is currently involved in multiple educational activities in oncology on an international level. Based on his methodological and clinical research expertise, Prof. Schöffski is member of (or coordinates) a number of Independent Data Monitoring Committees for ongoing and completed Phase II/III clinical trials in collaboration with academic groups, biotech companies, clinical research organizations and pharmaceutical companies. He is the promoter of multiple PhD and master thesis projects.

In 2014 Prof. Schöffski received the tri-annual Oswald Vander Veken Award for his laboratory and clinical research on the experimental use of the anticancer drug eribulin in soft tissue sarcoma. This work led to a practice-changing Phase III trial that he published in 2016, which resulted in a survival gain for patients with lipo- and leiomyosarcomas and approval of this agent for patients with liposarcoma by the United States Food and Drug Administration and the European Medicines Agency, and for soft tissue sarcoma by the Japanese authorities. He is deeply involved in multiple other early and late development projects in this indication. 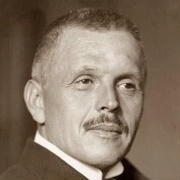