Patrick Pedersen (born 25 November 1991) is a Danish footballer who plays as a striker for Valur.

In December 2015, Pedersen signed for Norwegian Tippeligaen side Viking FK.

He got his league debut in Viking's first game of the season away against Vålerenga on 14 March 2016. Viking won the game 0–2.

Despite being top scorer in Iceland, it took quite a while for Pedersen to score his first league goal for Viking. His first goal however, was not only an important one, but also a beautiful goal. Opponent Odd was leading 2–1 with a few seconds left before full-time. Then Pedersen, which came in as a substitute, got the ball and shot it right into the top corner. The game was drawn 2–2, and each team got a point. This match was played on 24 July, and ended Pedersen's many months of missing the target.

After the spell in Norway, he returned to Iceland to play for Valur.

In December 2018, Pedersen signed for Moldovan side FC Sheriff Tiraspol, leaving them on 1 July 2019. 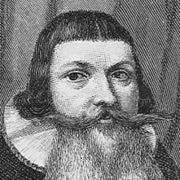