Patrick Friesacher (born 26 September 1980, in Wolfsberg) is an Austrian racing driver who drove for the Minardi Formula One team during the first half of the 2005 season.

In 2001, Friesacher jumped to Formula 3000, where he scored three top-six finishes for the Red Bull Junior team. He stayed with Red Bull throughout the next two years, winning a race at the Hungaroring in 2003 after recovering from a broken arm sustained during a race earlier in the season. Later that year, he joined the Super Nova squad; in 2004, he won another race (again in Hungary), this time for the Coloni team. At the end of 2004, Friesacher was dropped from the Red Bull Junior Team.

In November 2004, Friesacher tested for Minardi at the Misano circuit in Italy, impressing team principal Paul Stoddart. On 14 February 2005, he signed a one-year deal to race alongside Christijan Albers, another former Formula 3000 driver and F1 rookie. ITV's Martin Brundle noted during his debut race that he felt Friesacher had never looked like a potential F1 driver.

In the 2005 United States Grand Prix he picked up three Formula One Championship points despite finishing last; this is because he came sixth out of the six drivers who competed as seven teams pulled out for tyre safety reasons.

On 19 July 2005, it was announced that Friesacher had been dropped from the Minardi team due to the failure of his personal sponsors to pay Minardi the amounts agreed at the start of the season. He was replaced in the lineup by Robert Doornbos, who completed the rest of the season for Minardi.

In 2006, Friesacher joined the A1 Grand Prix of nations racing for his home country, Austria for the Mexican Grand Prix, clinching 18th in his first A1GP qualifying session. He then went on to finish tenth and ninth, scoring a total of three points for the team. He has also been a test driver of the new A1 GP chassis scheduled for introduction in the 2008–09 season. During a test session at the Magny-Cours circuit in August 2008, a suspension failure caused the car to crash. Friesacher sustained three crushed vertebrae in the accident.

In early 2008, American Le Mans Series team Risi Competizione announced that Friesacher had been hired to co-drive the team's second Ferrari F430 racing car. Partnered with the young Harrison Brix, Friesacher made his series debut at the Acura Sports Car Challenge of St. Petersburg, a sprint event held on a street-course in Saint Petersburg, Florida. He missed part of the season due to his back injury sustained in A1 GP testing.

The contents of this page are sourced from Wikipedia article on 09 Mar 2020. The contents are available under the CC BY-SA 4.0 license.
View Patrick Friesacher 's image gallery
Image Gallery 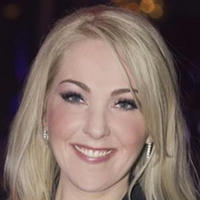 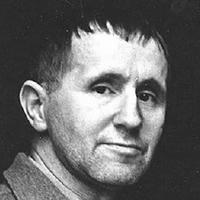 Princess Clotilde of Saxe-Coburg and Gotha