In 1999 de Suarez d'Aulan co-founded Alta Vista winery in Argentina. In 2001, he was one of the first producers in Argentina to produce single-vineyard Malbec grape wines coming from specific old vines' terroirs of Mendoza.

In 1999, his family founded Chateau Dereszla winery in Tokay in Hungary.

In 2010, he was one of the few non-Hungarian citizens to be awarded the Golden Cross of the Order of Merit of the Republic of Hungary by the President of Hungary, for his dedication to the region and wines of Tokay.

In 2016, Alta Vista winery was one of the nominees for "New World Winery of the Year" at Wine Enthusiast magazine's annual Wine Star Award. 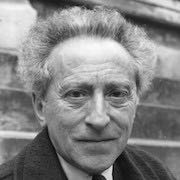