Patrick Cescau was born on 27 September 1948 in Paris. He was the son of Louise and Pierre Cescau. He earned a degree in business from ESSEC Business School in 1971. He subsequently earned an MBA from INSEAD.

In 1999, Cescau became finance director of Unilever. In August 2000 Unilever announced it would split into two divisions – one for food, and the other for personal care products – whereby in January 2001 he became the Foods Division director (president, food), and Keki Dadiseth became in charge of the personal care division. Alexander Kemner had been in charge of its foods division.

In October 2004, Cescau became chairman of Unilever PLC, staying until April 2005. From April 2005 to 31 December 2008, he was group chief executive of Unilever Group, the third biggest food company in the world. In February 2005 it had been announced that both the Unilever PLC and Unilever N.V. groups would be led by a single chief executive, of which he was chosen, stationed at Unilever House in London.

Cescau was awarded the knighthood of the Legion of Honour in 2005.

Cescau married Ursula Kadansky in 1974. They have a son and daughter, and they live in Chelsea.

The contents of this page are sourced from Wikipedia article on 02 May 2020. The contents are available under the CC BY-SA 4.0 license.
comments so far.
Comments
From our partners
Sponsored
Reference sources
References
http://www.ukwhoswho.com/view/article/oupww/whoswho/U58736
http://www.unilever.de
http://www.unilever-jm.com
https://www.theguardian.com/business/2015/mar/23/tesco-director-who-led-boardroom-overhaul-quits-supermarket
http://www.ihgplc.com/index.asp?pageid=257
Trending today in 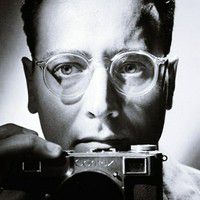