Sir Leslie Patrick Abercrombie FRIBA (/ˈæbərkrʌmbɪ/; 6 June 1879 – 23 March 1957) was an English town planner. Abercrombie came to prominence in the 1930s and 40s for his urban planning of the cities of Plymouth, Hull, Bath, Edinburgh and Bournemouth, and later for his radical plan to rebuild the post-war City of London.

Abercombie trained as an architect before becoming the Professor of Civic Design at the University of Liverpool School of Architecture in 1915, and later Professor of Town Planning at University College London. Afterwards, he made award-winning designs for Dublin city centre and gradually asserted his dominance as an architect of international renown, which came about through the replanning of Plymouth, Hull, Bath, Edinburgh and Bournemouth, among others. Of his post-war replanning of Plymouth, Sir Simon Jenkins writes:

Poor Plymouth. It was badly blitzed in the Second World War and then subjected to slash and burn by its city fathers. The modern visitor will find it a maze of concrete blocks, ill-sited towers and ruthless road schemes. Most of this damage was done by one man, Patrick Abercrombie, in the 1950s. The old Barbican district would, in France or Germany, have had its façades restored or rebuilt. Here new buildings were inserted with no feeling for the texture of the old lanes and alleys.

In the 1920s and 1930s, Abercrombie developed a specialty in regional planning, became chairman of the Council for the Preservation of Rural England in 1926, and was on the Council of the Town and Country Planning Association.

In 1937, he served as President of the Geographical Association. His Presidential Address was entitled 'Geography - the Basis of Planning'.

He is best known for the post-Second World War replanning of London. In 1943 he created the County of London Plan, and in 1944 the Greater London Plan, together commonly referred to as the Abercrombie Plan. The latter document was an extended and more thorough product than the 1943 publication. the Greater London Plan proposed that physical growth of London should be stopped by a green belt and that over a million people should move out to expanded towns beyond it.

In 1945 he published A Plan for the City & County of Kingston upon Hull, with the assistance of Sir Edwin Lutyens. Lutyens had died the year before publication whilst much of the plan was being finalised, and the plan was ultimately rejected by the Councillors of Hull.

From the Abercrombie Plan came the New Towns movement which included the building of Harlow and Crawley and the largest 'out-county' estate, Harold Hill in north-east London. He produced the Clyde Valley Regional Plan in 1946 with Robert Matthew that proposed the new towns of East Kilbride and Cumbernauld. In 1949 he published with Richard Nickson a plan for the redevelopment of Warwick, which proposed demolition of almost all the town's Victorian housing stock and construction of a large inner ring road.

Abercrombie was appointed a Knight Bachelor in the 1945 New Year Honours. He was the most celebrated British planner of his generation. In 1948 he became the first president of the newly formed group the International Union of Architects, or the UIA (Union Internationale des Architectes). The group now annually awards the Sir Patrick Abercrombie Prize, for excellence in town planning. In 1950 he received the AIA Gold Medal.

The Abercrombie Building at Oxford Brookes University is home to the Faculty of Technology, Design and Environment. He appears in the film The Proud City presenting his plan to the public.

He was the architect of the North East Wales Institute of Higher Education (NEWI) in Wrexham.

Abercrombie married Emily Maud Gordon in 1908; they had one son and one daughter. He was widowed in 1942. Abercrombie was the brother of the poet and critic, Lascelles Abercrombie and uncle to Michael Abercrombie.

The contents of this page are sourced from Wikipedia article on 22 Apr 2020. The contents are available under the CC BY-SA 4.0 license.
View Patrick Abercrombie 's image gallery
Image Gallery 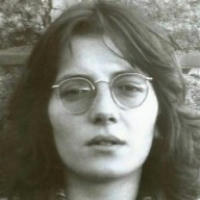