Trisha Wyman (1972 – April 18, 1996) was a Canadian wildlife biologist who worked as a caretaker in the Wolf Centre section of the Haliburton Forest & Wildlife Reserve in Ontario. She was killed by five captive wolves on the third day of her employment.

Trisha Wyman visited the Preserve numerous times before being hired, and readily participated in wolf education programmes. After obtaining a degree in wildlife biology from the University of Guelph, she assumed her new position as wolf caretaker in April 1996, four days prior to her death. The wolf pack she was assigned to look after was composed of four adults which had not been socialized with humans. Wyman visited the wolves twice before April 18, the first time with her supervisor, the second time by herself when feeding them. On April 17, Wyman told her fiancé that she was concerned by the behaviour of one of the pack’s males, but did not share her apprehension with the park's staff.

On the late afternoon of April 18, 1996, two of the Wolf Centre’s employees discovered Wyman’s body in the wolf enclosure. Her clothing had been totally removed, with strips of it being strewn around her body. The body itself was relatively intact, though with multiple bite wounds and some flesh missing from her extremities. The staff called the Ontario Provincial Police, which responded by sending three officers to the scene. Two entered the enclosure, and upon approaching the body, one of the wolves growled at them, and the rest of the pack circled the officers. The officers drove off the wolves by firing shots. Six officers subsequently arrived to take the body away.

After the body was removed, the coroner ordered the wolves to be destroyed in order to be examined for rabies. The results were negative. Erich Klinghammer, the director of Wolf Park, contacted Peter Schleifenbaum, the director of the reserve, and offered his assistance in the investigation. After interviewing the staff and detectives on the scene, Klinghammer came to the conclusion that Wyman was probably encircled by the wolves and accidentally tripped on one of the many broken branches in the enclosure. The wolves then attacked her, the taste of her blood having probably triggered a predatory instinct. 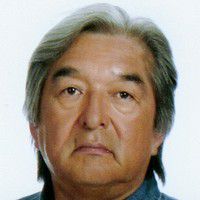