Born in Macon, Georgia, Wilder had made her way to Hollywood via New York City by the mid-1930s to pursue a career in acting. She had first worked as a showgirl for Bob Hope while in New York City, in the Palace Theater. She received her first film role in 1936, having a minor part alongside James Stewart in Speed. She followed this with two uncredited roles that same year, as well as a credited role alongside Gloria Stewart and Lee Tracy in Wanted! Jane Turner. She stayed in close alliance with Bob Hope, working for him on radio shows during her entire career, and had her first film role alongside him in the 1936 film Walking on Air.

She had two film appearances in 1937, the first in a minor role in the film New Faces of 1937, which starred Milton Berle and Joe Penner, among others, and the second in On Again-Off Again alongside Marjorie Lord and Robert Woolsey. In 1938 she had minor roles in four films, the biggest of which was My Lucky Star, starring Buddy Ebsen and Cesar Romero, along with a Shirley Temple film, Little Miss Broadway. Her last film was Bob Hope's Thanks for the Memory, starring Bob Hope and Shirley Ross, a spinoff film to their hit song "[[Thanks for the Memory". Dissatisfied with the path of her career, Wilder retired from acting afterwards.

She was first married to Robin (Curly) Harris. Her second husband was Albert Cernadas, an Argentine millionaire. On 21 May 1951 in Greenwich, Connecticut, she married her third husband, Prince Alexander zu Hohenlohe-Waldenburg-Schillingsfürst, to whom she would remain married until his death in 1984.

Patricia Wilder grew up with 12 brothers and sisters. She was survived by four brothers – Harry, Fred, Oscar and Henry – and two sisters, Nell and Martha Ann. While the newspaper obituary in New York stated she only had one brother (Henry), this was grossly incorrect. She had communicated regularly with her siblings up until her death, as indicated by several postcards and letters sent to them. She was most fond and proud of all her brothers and sisters.(source)

Patricia "Honey Chile" Wilder is the person "Holly Golightly" in Truman Capote's Breakfast at Tiffany's, and she inspired the name "Honeychile 'Honey' Ryder" in Ian Fleming's Dr. No.

The contents of this page are sourced from Wikipedia article on 06 Jun 2020. The contents are available under the CC BY-SA 4.0 license.
comments so far.
Comments
From our partners
Sponsored
Reference sources
References
https://www.nytimes.com/1995/08/20/obituaries/honeychile-wilder-76-ex-showgirl-and-princess.html
https://www.imdb.com/name/nm0928617/
https://id.loc.gov/authorities/names/no89004018
https://viaf.org/viaf/11861571
https://www.worldcat.org/identities/lccn-no89004018 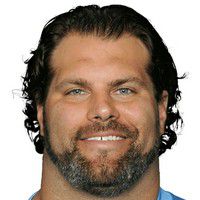