Patricia Stich (born January 1, 1940) is an American actress, also credited as Pat Stich. Patricia Stich has appeared in many supporting roles on television, films and commercials. Her credits include Halls of Anger (1970) and The Loners (1972).

"The Real Anger Was Backstage" an article by Budd Schulberg published in Life Magazine Aug 21, 1970. A cover story of the final week of shooting for the 1970 American drama directed by Paul Bogart "Halls of Anger"

"Black extras get $13.20 a day -whites a minimum of $29.15." "Our dressing rooms aren't integrated." Tell'im what they did to Ta-Tanisha." Cal Told me about Ta-Tanisha, the black actress who had protested because she didn't have as nice a dressing room as her white "opposite number," Pat Stich, nor could she use the telephone on the set. To Ta-Ta, Cal said it was the same crap all over again. They can use the phones. We're still in the boondocks." Ta-Ta was so hurt, she broke down and cried, he said. We understood how she felt. She was being treated unfairly." - Budd Schulberg, Life Magazine Aug 21, 1970

Pat Stich, a well-bred, sensitive young actress, became almost tearful as she talked: "This has been a very strange experience for me. I'm not really over it yet. I came in the first morning looking forward to meeting black actresses I'd be working with. But when I introduced myself, Ta-Ta and the others just stared at me. It was very spooky-I wanted to be friends but they wouldn't let me in. As we worked up to the scene where they tear my clothes off, I heard rumors that I would be in for a surprise that wasn't in the script. I was terrified I went to Mr. Bogart. I'd been nervous about the nude scene anyway. I'm afraid Mr. Bogart got angry with me. He said this was just a scene in a movie, that he'd stage it realistically without letting it get out of control, he'd make that clear to Ta-Ta and the others also. When he finally did the scene a strange thing happened. It didn't come off as violently as it should have. Maybe we'd all been so uptight. Ta-Ta and the black kids seemed to hold back too much. I guess we were all a little self-conscious. If all this was in a movie script, I suppose Ta-Ta and I would make up and there'd be some hope at the end. But it didn't work out that way. To be absolutely frank, after this experience I feel I have to reexamine my attitude toward black people. I don't mean hate them because they gave me a bad time. It's just so much more complex than I had anticipated." - Budd Schulberg, Life Magazine Aug 21, 1970

Said Ta-Tanisha, "I think if I'd realized what they were putting down, I wouldn't have taken this job. Hollywood isn't ready to treat black people as people. A lot of times I felt like quitting. There's still a double standard. The studio is still Whitey's turf. Then this script I don't think white writers can ever write for blacks. They'll never know how we feel or think or talk. That scene where we we're supposed to strip the white kid in the john. I resented it. That's Whitey's idea of us. Of course, I realize it's box office, but I couldn't believe that line we had to say, "We wanna see if you're blond all over." I can see a fight, with slapping and hair-pulling, but the way it was written it didn't seem true or fair to my people-" Budd Schulberg, Life Magazine Aug 21, 1970

The contents of this page are sourced from Wikipedia article on 04 Aug 2020. The contents are available under the CC BY-SA 4.0 license.
comments so far.
Comments
Reference sources
References
https://books.google.com/books?id=t1UEAAAAMBAJ&pg=PA55&lpg=PA55&dq=ta-tanisha+actress&source=bl&ots=-WAb7WJHYA&sig=6OZ1G5gVup9SOM-YncvLLSx7cZw&hl=en&sa=X&ei=s0nTU_v_LomryASApIKICg&ved=0CGkQ6AEwDw#v=onepage&q=ta-tanisha%20actress&f=false
https://www.tvguide.com/celebrities/patricia-stich/credits/169111/
https://www.nytimes.com/2006/08/27/fashion/weddings/27merchant.html?_r=0
//www.google.com/search?&q=%22Patricia+Stich%22+site:news.google.com/newspapers&source=newspapers
//scholar.google.com/scholar?q=%22Patricia+Stich%22
https://www.jstor.org/action/doBasicSearch?Query=%22Patricia+Stich%22&acc=on&wc=on
https://www.imdb.com/name/nm0829986/
Trending today in 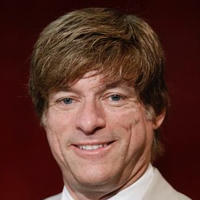 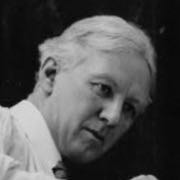 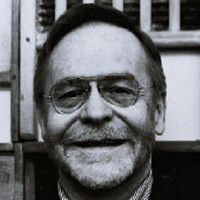