Patricia A. Broderick
The basics

Patricia A. Broderick is an Associate Judge on the Superior Court of the District of Columbia.

Broderick earned her Bachelor of Arts from Trinity College, her Masters Degree from George Washington University and her Juris Doctor from Columbus School of Law in 1981.

After graduating, she served as a law clerk for Henry F. Greene on the D.C. Superior Court.

On August 30, 2013, the Commission on Judicial Disabilities and Tenure recommended that President Obama reappoint her to second fifteen-year term as a judge on the D.C. Superior Court.

The contents of this page are sourced from Wikipedia article on 17 Apr 2020. The contents are available under the CC BY-SA 4.0 license.
comments so far.
Comments
From our partners
Sponsored
Reference sources
References
https://www.dccourts.gov/superior-court/judges#associate
https://www.dccourts.gov/sites/default/files/2017-03/DCSC_Bio_Broderick.pdf
https://www.congress.gov/nomination/105th-congress/205
https://cjdt.dc.gov/publication/honorable-patricia-broderick-2013-reappointment-report
http://dispenser.info.tm/~dispenser/cgi-bin/dab_solver.py?page=Patricia_A._Broderick&editintro=Template:Disambiguation_needed/editintro&client=Template:Dn
Trending today in 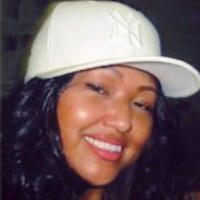