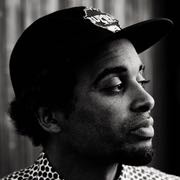 Patrice was born the same day his paternal grandfather died, causing his father to give him the middle name, “Babatunde,” which means the father has returned. His first name was inspired by Patrice Lumumba. Patrice's father, Gaston Bart-Williams, was Sierra Leone's first film director. He encouraged Patrice to meet many and interact with many musical acts passing through Germany, sparking an early interest in diverse genres. Gaston died in a boating accident when Patrice was 11 years old.

Patrice began playing guitar and writing songs in early adolescence, after the loss of his father. Influenced heavily by reggae, skate culture and punk music, he began mixing genres and styles. He formed an Afro-beat/reggae band called Bantu through which he met producer Matthias Arfmann, who subsequently produced Patrice's debut EP, Lions, released in 1999. Later that same year, Patrice supported Lauryn Hill on the European leg of her Miseducation tour.

Lions began attracting attention from major labels who were interested in the reggae, soul and folk sound of the EP. In 2000, Sony released Patrice's first full-length album, Ancient Spirits.

Two years later, the soulful full-length album “How Do You Call It” was released, featuring the single, “Sunshine.” Patrice had already begun to produce his own music...

Patrice went on to collaborate with German reggae collective, Silly Walks, in 2003 and released the project, “Silly Walks Meets Patrice.’’

This constant output of albums and uncategorizable catalogue became emblematic of Patrice’s musical style and allowed him to attract a diverse range of fans and critics. He gained followings within different fan bases and began to successfully headline Europe’s biggest music festivals.

Patrice soon began fighting for independence from major labels, and assumed almost all of the production responsibilities for his albums. He fought to be known as an uncompromising indie artist. “Every album is a fun struggle with my worst enemy; which is myself. I'm always trying to stay true to myself and therefore I need to change constantly. I need to destroy my habits, patterns and comfort zones to be able to make room for something new… something real. This always surprises or disappoints but it never goes unnoticed.”

He formed his indie label, Supow Music, in Germany.

Patrice released his third studio album, Nile, in 2005. It quickly rose to top 5 chart positions in Europe, and was followed by a year long sold-out tour that was featured in his 2006 « Raw & Uncut » live DvD, filmed in one of Paris’ largest venues, le Zénith de Paris.

In 2008, the LP, “Free Patri-Ation” was released through Universal. Singles “Clouds,” and “Another One,” topped the charts.

Patrice released his LP, “One,” in 2010. The moniker of the album was inspired by a personal philosophy of the musician. "No living being is truly autonomous. The planet is a unique mass of materials and of moving energy, they are not separated by the elements that they are composed of. I think that in terms of music, it is the same.“

2013's “Rising of the Son,” was mainly produced by Patrice. Its opening song and single “Alive,” featured a version with Busy Signal.

After “One,” and expressed most with “The Rising of the son,” Patrice coined a new genre for his music, termed “Sweggae.” He states, “I tried to find a common ground between all these things I love. Blues, Hip Hop, Dancehall, singer-songwriter music, Afro-Beat, Rock, philosophy, poetry, and the list is long. I didn't want it to sound like a mix but a style that in a very self explicatory way reflects these times that we're living in. Times in which it's getting hard to tell black from white. Times where cultures and genres are mixed to the point that you can't tell what's what anymore. I am a living symbol of these times. I am looking to create its soundtrack.” French newspaper, Le Monde, started using the genre "sweggae" and both they and Patrice describe it as music with reggae undertones with a more modernist take, reflective of someone who created his own culture out of many things.

Patrice continues to tour regularly throughout Europe, North and South America and Africa, often with his house band, The Supowers.

Patrice is currently represented under Because Music for France and Belgium and his own label, Supow Music, for Germany, Austria, Switzerland and the rest of the world.

Patrice has produced or co-produced most of his own album's, including 2013's “Rising of the Son.” In 2011, Patrice produced Selah Sue’s top single, “Ragga Muffin,” which was followed by a US version featuring J. Cole. Production work was also done with Goody Mob's Cee Lo Green. Her album went on to sell 1 million copies. He produced Cody ChesnuTT’s critically acclaimed LP, “Landing on A Hundred,” in 2012, ChesnuTT's first release after a 10-year hiatus. In an interview, Patrice talked about why he needed to produce. “As a producer for others I learned a lot about the mistakes WE artistes tend to make. Like throwing away the best vocal take or not trying to use our best song because we don't like it. I do not want to do that anymore.”

Following in his father's footsteps, Patrice delved into film by scoring the documentaries of TED prize winner street artist JR's “Women are Heroes,” and “Inside Out.” Jr subsequently did the cover art of “One” and crafted the 2013 and 2014 stage art for Patrice performances and videos.

Patrice commissioned the cultural series, Super Sunday, a monthly event that brought together some of the top musical acts from around the world, and included a spoken word brunch, which featured Saul Williams. A live art installations and a dinner by renown German chef, Nelson Muller. A group of local musicians were selected to form the event's house band after an extensive audition process. Patrice did this because he felt that professional musicians were sometimes lacking in fire and passion for the craft.4 As part of the local element of the event, established artists shared the stage with audience members during jam sessions of the Super Sunday event.

Featured artists have included Youssoupha, Guizmo, Cody ChesnuTT, Tiken Jah Fakoly, Irma and Protoje. Patrice states that his intention was to begin cultivating a hive of creative talent, “by getting people together and making them network.” In a series of interviews, he said “mixing, or metissage, is the future. Anyone who closes themselves to that is not very modern thinking.” All the artists were actual acquaintances of Patrice who he felt might appreciate a new type of platform.

Patrice has become known for epic performances that trail a large range of large venues to small, intimate features. He has performed at daybreak at the Timbuktu festival as well as a midnight sun feature in Norway. Patrice will often use direct-marketing techniques through social media to inform his fans of where he'd be performing, the most recent ones being sunrise performances joined by thousands of followers in Paris, Berlin, NYC and London's best locations.

Summer 2016 sees the release of first single "Burning Bridges", produced by the French Picard Brothers, who have recently blessed Major Lazer with their latest Single, and co-written by the Singer MO as well as Diplo himself (Major Lazer, Madonna, Beyoncé). Patrice's new album "Life's Blood" oughts to be released on September 30, 2016.