Charles Patrick "Pat" Roberts (born April 20, 1936) is the senior United States Senator from Kansas. A member of the Republican Party, he has served since 1997. He previously served as the Chairman of the Senate Select Committee on Intelligence.
Born in Topeka, Kansas, Roberts is a graduate of Kansas State University. He served as a captain in the U.S. Marine Corps and worked as a newspaper reporter before entering politics in the late 1960s. He was elected to the U.S. House of Representatives in 1980 to succeed 1st District Congressman Keith Sebelius, for whom he had worked. He served eight terms in the House, including one as chairman of the House Agriculture Committee.
Roberts was elected to the U.S. Senate in 1996, and is currently serving his fourth term. On the Intelligence Committee, he was responsible for an investigation into the intelligence failures prior to the 2003 invasion of Iraq. He is currently the dean of the Kansas congressional delegation.

Roberts was born in Topeka, Kansas, the son of Ruth B. (née Patrick) and C. Wesley Roberts. His father served for four months as Chairman of the Republican National Committee under Dwight D. Eisenhower. Roberts's great-grandfather, J.W. Roberts, was the founder of the Oskaloosa Independent, which is the second-oldest newspaper in Kansas.

Roberts graduated in 1954 from high school in Holton, Kansas. He went on to earn a B.A. in Journalism from Kansas State University in 1958, where he became a member of the Pi Kappa Alpha fraternity. From 1958 to 1962, he served as an officer in the U.S. Marine Corps, achieving the rank of Captain. Roberts was a reporter and editor for several Arizona newspapers between 1962 and 1967, when he joined the staff of Republican Kansas Senator Frank Carlson. In 1969, he became administrative assistant to Kansas's 1st District Congressman Keith Sebelius.

After Keith Sebelius announced his retirement, Roberts easily won the Republican primary, which was tantamount to election in the heavily Republican 1st District. He was re-elected seven times without serious difficulty, never receiving less than 60 percent of the vote; in 1988, he ran unopposed.

Roberts served as the chairman of the House Agriculture Committee from 1995 to 1997.

After Republican Senator Nancy Kassebaum declined to seek a fourth term, Roberts ran to succeed her. He easily won the Republican primary, defeating three minor candidates with 78% of the vote. In the general election, he faced Democratic State Treasurer Sally Thompson. Term limits were an issue during the campaign; while Roberts said that he was not totally opposed to term limits, he was wary of limits that did not apply to current members of Congress, saying that the proposed limits should apply to everyone. While Thompson signed the national term limits pledge from the group Americans for Limited Terms, Roberts declined to do so, becoming the only major party candidate for the U.S. Senate in the 1996 elections to not sign the pledge. However, he did say that "I plan only to serve two terms in the U.S. Senate."

In the general election, Roberts defeated Thompson by 652,677 votes (62.02%) to 362,380 (34.44%), almost certainly helped by the presence of former Kansas Senator Bob Dole atop the ticket as the Republican presidential nominee.

In the 2014 election, he defeated Milton R. Wolf in the Republican primary by 125,406 votes (48.12%) to 106,202 (40.75%). In the general election, for the second time in his tenure, he did not face a Democratic opponent as Democratic nominee Chad Taylor withdrew from the race. He defeated Independent Greg Orman and Libertarian nominee Randall Batson on November 4, 2014 by 10 points.

Despite being the longest-serving member of the Kansas delegation, Roberts spent the first 14 years of his Senate career as Kansas' junior senator, since Sam Brownback had taken office on election day 1996 to finish out Dole's term. However, after Brownback gave up his seat to make a successful run for Governor, Roberts became Kansas' senior senator.

Roberts was a senior member of the Senate Armed Services Committee, chairing the Subcommittee on Emerging Threats and Capabilities. This subcommittee oversaw the military's work in the area of homeland security and the efforts to prevent proliferation of nuclear, chemical, and biological weapons.

Roberts voted against the Manchin-Toomey amendment to expand background checks for gun purchases.

Roberts worked to secure $15 million for research on carbon sequestration and accepts the evidence for global warming.

Roberts voted to confirm Gale Norton as Secretary of the Interior, to exclude oil and gas smokestacks from mercury regulations, and to reclassify the United States Environmental Protection Agency (EPA) as a Cabinet department.

In 2012, Roberts introduced an amendment that would open up the Arctic National Wildlife Refuge to drilling for oil and approve the Keystone XL Pipeline.

In January 2014, Roberts introduced the Opportunities Created At the Local Level Act. The bill would allow states to freely choose without federal interference their own education standards, testing and curricula.

Roberts supports the Patriot Act, and the President's authority for warrantless surveillance. Roberts has been the only senator blocking the nomination of Army Secretary Eric Fanning. Roberts’ refusal to lift his hold on the nomination until President Obama promises to never move anyone from the Guantanamo Bay detention camp to Fort Leavenworth has drawn criticism on the Senate floor from Armed Services Committee Chairman John McCain, who notes that the United States Secretary of the Army has no control over the detainees.

The 2004 Intelligence Authorization Act saw the creation of the Pat Roberts Intelligence Scholars Program. The program links undergraduate and graduate students with US security and intelligence agencies" by providing funding to selected US students entering university, in return for a commitment to join the agency for at least 18 months on graduation. PRISP is a decentralized program which funds students through various intelligence agencies.

Investigation into pre-war intelligence on Iraq

As chairman of the U.S. Senate Select Committee on Intelligence, Roberts was responsible for the committee's investigation into the intelligence failures prior to the 2003 invasion of Iraq. The first half of the Senate Report of Pre-war Intelligence on Iraq was released on July 9, 2004. The second half, according to language voted on by the full Committee, consists of five parts including: whether public statements and reports and testimony regarding Iraq by U.S. Government officials made between the Gulf War period and the commencement of Operation Iraqi Freedom were substantiated by intelligence information; the postwar findings about Iraq's weapons of mass destruction and weapons programs and links to terrorism and how they compare with prewar assessments; prewar intelligence assessments about postwar Iraq; any intelligence activities relating to Iraq conducted by the Policy Counterterrorism Evaluation Group (PCTEG) and the Office of Special Plans within the Office of the Under Secretary of Defense for Policy; and the use by the Intelligence Community of information provided by the Iraqi National Congress (INC).

Roberts lives in Alexandria, Virginia. The New York Times has reported that the house that Roberts claims as his residence in Dodge City, Kansas is actually owned and occupied by campaign contributors C. Duane and Phyllis Ross. 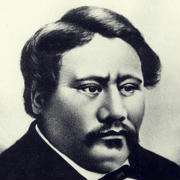