Patrick "Pat" McDonagh is the founder and owner of Supermac's, a major Irish fast food franchiser. He is a former school teacher, and now a multi-millionaire.

McDonagh is a native of County Galway, where he lives with his wife Una. He was educated at Carmelite College, Moate, County Westmeath, and Mary Immaculate College, Limerick.

He earned the nickname "Supermac" whilst playing Gaelic football for the Carmelite College in Moate. This then became the choice of name for his business, "Supermac’s".

McDonagh founded Supermac's in Ballinasloe, County Galway, Ireland in 1978 after failing to get planning permission to build a pool hall. He expanded the franchise to over 118 stores across Ireland. His wife Una is also on the board of directors and is also involved in the running of the business.

He also owns other business ventures in the food and customer service industry. Among these are the Claddagh Irish Pubs, an Irish pub-themed chain in the United States, founded in 2001. In 2006 McDonagh bought the Franchise Rights for Papa John's Pizza in Ireland. As of 2019, there were over 63 Papa John's Pizza outlets throughout the country. In 2014 he established SuperSubs salad and sandwich bars which provide Supermac's customers with additional "healthy options".

McDonagh's newer ventures include travel plazas across Ireland including the Barack Obama Plaza off the M7 at Moneygall, Tipperary Town Plaza (Limerick Road), Mallow N20 Plaza (Limerick Road), the Galway Plaza Junction 16 on the M6 and the Charlestown Service Station in County Mayo. He further increased his business portfolio with the purchase of the Killeshin Hotel, Portlaoise and the Charleville Park Hotel, Cork which follow on from the development of the Loughrea Hotel & Spa, Galway and the Castletroy Park Hotel, Limerick which were bought in 2014 and 2012 respectively.

McDonagh is a sports fan, having a particular interest in GAA. Supermac's has sponsored sports teams including Galway Hurling Teams, Connacht Rugby, Galway Camogie Teams, the Irish Rowing Squad and local sports clubs around Ireland. With his wife, Una, they are supporters of charities and of the Arts in Ireland. Supermac's currently sponsors 114 sports teams, arts organisations and charities throughout the country. This includes the sponsorship of Galway Football and Galway Ladies Football. Supermac's is the first company to be worn on both the hurling and football Galway jerseys. Now in its 29th year of sponsoring Galway Hurling, Supermac's has put in the region of €3 million into the sport locally. In 2018 it was announced that Supermac's would renew its sponsorship of Galway GAA for a further five years in a deal worth €2 million.

Irish attorney-general of the Cape Colony 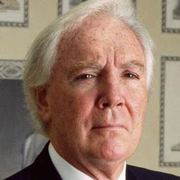 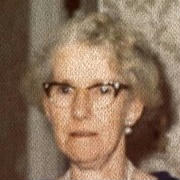