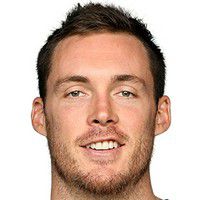 Patrick Bergin Connaughton (/kɒnˈʌtɪn/ kon-UT-in; born January 6, 1993) is an American professional basketball player who plays for the Milwaukee Bucks of the National Basketball Association (NBA), where he primarily plays as a Shooting guard, and baseball player for the Baltimore Orioles' organization in Minor League Baseball.

Connaughton previously played for the Notre Dame Fighting Irish baseball and men's basketball teams. He was selected by the Orioles in the fourth round of the 2014 MLB Draft. The Brooklyn Nets selected him in the second round of the 2015 NBA Draft and traded him to the Portland Trail Blazers.

Connaughton attended St. John's Preparatory School in Danvers, Massachusetts, where he starred in three sports, playing quarterback in football and multiple positions in both baseball and basketball. He received major interest in baseball from schools in the National Collegiate Athletic Association (NCAA) Division I, with Boston College (BC), the University of Virginia, and his original first choice, the University of North Carolina at Chapel Hill, who all made him scholarship offers.

Connaughton's sporting trajectory changed during the summer between his junior and senior years. At that time, he had only received a basketball offer from home-state Bentley University, in NCAA's Division II. He suddenly emerged as a major basketball prospect after what ESPN.com writer Jeff Goodman called "one spectacular week" at the Amateur Athletic Union national tournament in Orlando, Florida, including a game where he had 33 points and 20 rebounds. Connaughton himself would later say, "That week completely changed my entire life." He then began receiving multiple offers in basketball as well as baseball, with many schools willing to let him play both sports. He eventually chose the University of Notre Dame over BC, the University of Miami, the University of California, Los Angeles, and Vanderbilt University.

In 2011, Connaughton's senior year, he was named the Gatorade Massachusetts Boys Basketball Player of the Year. As a pitcher for the baseball team, he had an 11–2 win–loss record with a 1.75 earned run average (ERA) and 160 strikeouts in 90 innings pitched as a senior. According to the baseball scouting site Perfect Game, Connaughton was rated as the 33rd-best player in that year's Major League Baseball (MLB) draft, but he fell to the 38th round, where he was selected by the San Diego Padres, when he made it clear he planned to attend college. He followed through on his commitment to Notre Dame, choosing not to sign with the Padres.

At Notre Dame, Connaughton played for the Notre Dame Fighting Irish as a member of their college baseball and college basketball teams. In his freshman year for the basketball team, Connaughton was one of three players to appear in all of Notre Dame's 34 games. He averaged 7.0 points per game, 4.4 rebounds per game, and 0.9 assists per game while playing 24.1 minutes per game. The Fighting Irish appeared in the 2012 NCAA Men's Division I Basketball Tournament, but lost to Xavier University in the second round. Connaughton scored 10 points with two assists and two rebounds in 34 minutes of play during the loss. He then joined the baseball team as a relief pitcher.

After his junior year, he was forthright about his intent to return to Notre Dame for his senior basketball season, despite warnings that it would impact his prospects for the upcoming baseball draft. He was drafted by the Baltimore Orioles of Major League Baseball (MLB) in the fourth round, with the 121st overall selection, of the 2014 MLB Draft. One high-ranking MLB executive believed that Connaughton would have been drafted in the first two rounds had he not been committed to returning to Notre Dame for his senior basketball season, telling Goodman, "He definitely cost himself some money," as he expected Connaughton could have earned $1 million if he was willing to quit basketball. He agreed to terms with the Orioles, receiving a signing bonus of over $400,000, with the Orioles permitting Connaughton to play basketball for the Irish in his senior year.

As a senior, Notre Dame's basketball team won its first Atlantic Coast Conference (ACC) championship. He took part in a 2015 tournament game against Kentucky for a Final Four berth, narrowly lost by his team after having sustained a lead until the six-second mark. Connaughton was determined to finish his degree at Notre Dame, and had a 3.0 grade point average with the university's Mendoza College of Business. He ultimately graduated from Notre Dame in spring 2015.

Connaughton made his professional baseball debut with the Aberdeen IronBirds of the Class A-Short Season New York–Penn League, in which he registered a 96 miles per hour (154 km/h) fastball. At the end of July 2014, he left the IronBirds to return to the Fighting Irish basketball team. Even though the Orioles allowed him to pursue an NBA career, they never made any attempts to recoup the $428,000 signing bonus. As a result, the ballclub will continue to control his contractual baseball rights through 2020, which can be extended for six additional years if Baltimore places him on its major league roster.

On August 1, 2018, Connaughton signed with the Milwaukee Bucks. He competed in the Slam Dunk Contest at the 2020 NBA All-Star Game.

In Goodman's 2015 story on Connaughton and his decision between two sports, many key individuals in his life testified to his character. His father Len noted, "Patrick is of high moral character and wasn't going to lie to people. That eliminated a bunch of [MLB] teams from taking him at all." Notre Dame head basketball coach Mike Brey added, "In my 15 years here, no one has been more responsible than Pat Connaughton. He's an unbelievable ambassador for us and has shown tremendous loyalty." Family adviser Sam Samardzija, brother of current San Francisco Giants pitcher and former Notre Dame baseball and football star Jeff Samardzija, said about Connaughton, "He's not common—kind of like Jeff and [NFL quarterback] Russell Wilson. Not a lot of guys like him come around. He's just wired differently."

The contents of this page are sourced from Wikipedia article on 16 Feb 2020. The contents are available under the CC BY-SA 4.0 license.
View Pat Connaughton 's image gallery
Image Gallery

Dr. Roohinejad is a postdoctoral research associate at the Department of Food Science and Nutrition, University of Minnesota, USA.