Park was born in Yongin, Gyeonggi Province, South Korea as the second of two sons. He was named Hyung-sik (형식, 炯植) by a Buddhist monk, as his mother and grandmother are Buddhists.

Park began his mandatory military service on June 10, 2019. He entered the Nonsan Army Recruit Training Center in South Chungcheong Province to start his basic military training and will be completing the rest of his military duties in the military police department of the Capital Defense Command as an active duty soldier.

Park had earlier revealed that he was inspired to join the Capital Defense Command after he received positive feedback for his shooting skills while training for the variety show, Real Man. The actor said that he wanted to put his skills to good use, so he is excited to join the unit and be of service to his country.

On January 7, 2010, Park debuted as a member of South Korean boy band ZE:A. In addition to ZE:A's regular promotional activities, he participated in variety shows and had bit parts in several dramas. In 2011, Park began his theatrical career as a cast member alongside Super Junior's Ryeowook in the musical Temptation of Wolves.

He began his acting career in 2012, starring in SBS' special drama I Remember You. The same year, he starred in SBS' Dummy Mommy, where he played a vocalist of an indie band.

The following year, Park had a role in KBS2's drama special Sirius (2013), where he played the adolescent version of two twin brothers with starkly contrasting personalities. It was also in early 2013 when Park participated in his second musical theatre production, Gwanghwamun Love Song, playing the role of Ji-Yong.

In March 2013, Park, along with his fellow ZE:A members Siwan, Kevin, Minwoo and Dongjun formed the group's first sub-unit called ZE:A Five. He then featured in tvN's time-slip drama Nine as the younger version of Lee Jin-wook's character.

Park gained wider recognition after joining Real Men in June 2013, where he was nicknamed "Baby Soldier" for his innocent, yet passionate image.

In September 2013, Park was cast as Clyde in his third musical theatre production, Bonnie & Clyde. He followed this with a role in hit teen drama The Heirs (2013).

In early 2014, Park was cast for the role of D'Artagnan in his fourth musical production, The Three Musketeers. And in August of the same year, Park joined the main cast of the family drama What's With This Family (2014) as Cha Dal-bong, the youngest child who is struggling with finding a stable job.

In 2015, Park was part of the main cast in SBS' romance drama High Society where he played the role of a chaebol who falls for a part-timer at the gourmet supermarket he manages. Park drew favorable reviews for his performance in the series, which led to increased popularity for the actor in Japan.

In the following year, Park was once again cast for the role of D'Artagnan in the 2016 musical production of The Three Musketeers. And in December 2016, he starred in the historical drama Hwarang: The Poet Warrior Youth, playing the role of Sammaekjong, a young and distrustful king.

In February 2017, Park starred in his first leading role in cable network JTBC's Strong Girl Bong-soon, playing the CEO of a game company, Ainsoft. The romantic-comedy with Park Bo-young was a critical and commercial success, and became one of the highest rated Korean dramas in cable television history. Park experienced a rise in popularity and received increased endorsement offers.

In April 2017, Park officially signed with United Artists Agency (UAA) after deciding not to renew with his former agency, Star Empire Entertainment. In December 2017, he starred in a romantic short film, Two Rays of Light alongside Han Ji-min.

In April 2018, Park starred in the Korean remake of American legal drama series Suits; portraying the Korean counterpart of Mike Ross. Following this, in November 2018, Park returned to the musical scene, playing the role of Der Tod in the stage production of Elisabeth.

In 2019, Park made his feature film debut in the legal film Juror 8. This role won him the Best New Actor award at the 39th Korean Association of Film Critics Awards in November 2019.

The contents of this page are sourced from Wikipedia article on 26 May 2020. The contents are available under the CC BY-SA 4.0 license.
View Park Hyungsik 's image gallery
Image Gallery 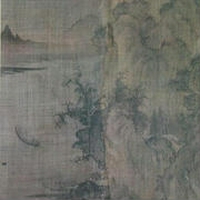