Park was born in Gwangju city, Jeollanam Province of South Korea in 1958. He graduated from Gwangju Cheil High School in 1977, and Korea University in 1983.

Park brought the concept of the mutual fund as well as real-estate fund, and private equity fund into Korea's financial market which has changed its market dramatically from conventional to innovation.

Park is a prominent philanthropist, pledging to donate all his dividend payouts of shares to Mirae Asset Park Hyeon Joo Foundation, founded in 2000 with his own wealth, since 2010. The foundation has been providing scholarships to underprivileged students and other outreach programs which have accumulated to around 270,000 students. (as of February 2019)

Park has been appointed as Global Investment Strategy Officer (GISO) of Mirae Asset Financial Group in order to focus on global business and stepped down as a chairman of Mirae Asset Daewoo as of May 23, 2018.

The successful story of Mirae Asset Financial Group, led by Park, has been introduced in “The Case Centre” which is the world's most well-known case study institute.

Park was born in Gwangju Metropolitan city, Jeollanam Province of South Korea in 1958.

His father had passed away on the day when Park received the admission letter to Gwangju Cheil high school.

Park's mother always emphasized on integrity, trust, and sincerity which kept him straight whilst wandering after his father passed away.

Park has come to Seoul after getting admission from Korea University and lived by himself. Park began to get interested in the stock market after catching the saying that “there is no improvement of capitalism without the development of the capital market”. He, then, started to invest in listed stocks with the allowance that his mother sent since his Sophomore year of the college, and he was credited for the well-known stock investing college student amid Myeong-dong, Seoul.

Park has become to believe that the long-term investment on the blue-chip stock would eventually bring about good results and come up with the concept of value investing from the early stock experiences.

In 1985, at the age of 27, Park established an investment advisory services company on his own. He, then, entered to Tongyang Securities in 1986. In 1988, Park left for Hanshin Investment Advisory Services company, which has changed its name into Dongwon Securities in April 1996, and acquired by Korea Investment and Securities in June 2005. Park managed the portfolio and recorded the highest return out of all the portfolio during the year. He, however, had been relocated to one of the branches at the time where the KOSPI rallied record-high of 1,007.77 pt and continuously down-turning afterward leading to recession. Despite having gone through hardship, he soon became a director of the branch at the age of 33, the youngest director in the company, and demonstrated the highest result out of 1,000 branches.

He recognized how important it is to trust and support each of the colleague's capability when managing a team, an organization, and this teamwork has become one of Mirae Asset Financial Group's core value. The vision of the branch has been “go forward in order to spin the pinwheel although there are no winds”, and this is how Park could have had overcome hardship at his first experience of being a head of a branch. Park received numerous offers proposing a remarkable salary, however, he cannot but reject all the offers in order to achieve his long-cherished dream and goal.

Hyeonjoo Park founded Mirae Asset Global Investments and Mirae Asset Capital in June 1997 right after leaving the previous company.  Within 6 months after the foundation, Mirae Asset suffered from 1997 financial crisis of South Korea, however, showed a tremendous investment performance by believing in South Korea's economy to rebound with contrary investment insights where Park is notable for his adherence to long-term and value investing.

In December 1998, Park launched the first retail mutual fund, “Park Hyeon Joo No.1” in South Korea and The Journal of Investment & Pension described that this fund was a great success.

Park has grown Mirae Asset Financial Group into an independent financial conglomerate in South Korea by successfully acquiring a number of financial companies with his contrary investment philosophy and insights.

Founder Park always has in mind to expand the business globally since the early stage, and is regarded as a global forerunner in South Korean financial industry.

Park has been donating all his dividend payouts of shares to the foundation.

Park founded Mirae Asset Education Foundation in 1998 and Mirae Asset Park Hyeon Joo Foundation in 2000 in order to fulfill his corporate social responsibility of 'Building a Caring Capitalist Society,’. He occasionally mentioned that he would like to become a successful philanthropist instead of becoming a successful magnate, and thinks that investing in the talented people is how the corporate is fulfilling the social responsibility in return of what the corporate has gained from the clients and the society as stated in his essay, ‘Money is beautiful flower’.

Mirae Asset Park Hyeon Joo Foundation has continuously provided scholarships and economic education programs to the potential talented youth which has accumulated to 269,476 students for 18 years since the foundation (as of February 2019). The detailed programs are as follows:

The scholarship programs of Mirae Asset Park Hyeon Joo Foundation founded in 2000 with his own wealth of USD 6.5 million has become one of the largest non-profit organization in South Korea.

Park has been donating all his dividend payouts to the foundation every year since 2010.

Park once again donated his entire 2018 dividend from the stakes of Mirae Asset Global Investment.

In 2015, Park Hyeon Joo who is deeply interested in job security of young people donated KRW 2 billion from his own wealth to Korea Youth Foundation.

Park has also engaged in establishing Mirae Asset Foundation in Mumbai, India in order to facilitate qualitative educational environments and more opportunities for young people in India. Its incorporation date is January 3rd, 2018.

The contents of this page are sourced from Wikipedia article on 22 Feb 2020. The contents are available under the CC BY-SA 4.0 license.
View Park Hyeon-joo 's image gallery
Image Gallery 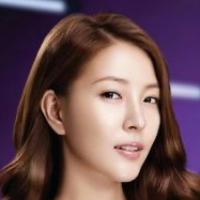 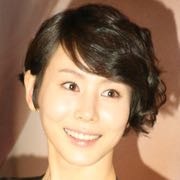