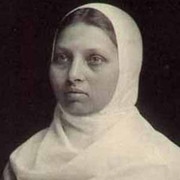 Pandita Ramabai Sarasvati (23 April 1858 – 5 April 1922) was an Indian social reformer, a pioneer in the education and emancipation of women in India. She was the first woman to be accorded the titles of Pandita as a Sanskrit scholar and Sarasvati after being examined by the faculty of the University of Calcutta. She was one of the 10 women delegates of the Congress session of 1889. In the late 1890s, she founded Mukti Mission at Kedgaon village, forty miles east of the city of Pune. The mission was later named Pandita Ramabai Mukti Mission.

Pandita Ramabai Sarasvati was born as Rama Dongre on 23 April 1858 in a Marathi speaking Brahmin family but later she adopted Christianity in England. Her father, Anant Shastri Dongre, a Sanskrit scholar, taught her Sanskrit at home. Orphaned at the age of 16 during the [Great Famine of (1876–78), Dongre and her brother Srinivas traveled over India reciting Sanskrit scriptures. Ramabai's fame as a lecturer reached Calcutta, where the pandits invited her to speak. In 1878, Calcutta University, conferred on her the titles of Pandita and Sarasvati in recognition of her knowledge of various Sanskrit works. The theistic reformer Keshab Chandra Sen gave her a copy of the Vedas, the most sacred of all Hindu literature, and encouraged her to read them. After the death of Srinivas in 1880, Ramabai married Bipin Behari Medhvi, a Bengali lawyer, in a civil ceremony. The groom was a Bengali Kayastha, and so the marriage was inter-caste and inter-regional and therefore considered inappropriate for that age. They were married in a civil ceremony on 13 November 1880. The couple had a daughter whom they named Manorama. After Medhvi's death in 1882, Ramabai, who was only 23, moved to Pune and founded an organization to promote women's education.

After Medhvi's death (1882), Ramabai moved to Pune where she founded Arya Mahila Samaj (Arya Women's Society). The purpose of the society was to promote the cause of women's education and deliverance from the oppression of child marriage. When in 1882 a commission was appointed by Government of India to look into education, Ramabai gave evidence before it. In an address to Lord Ripon's Education Commission, she declared with fervor, "In ninety-nine cases out of a hundred the educated men of this country are opposed to female education and the proper position of women. If they observe the slightest fault, they magnify the grain of mustard-seed into a mountain, and try to ruin the character of a woman." She suggested that teachers be trained and women school inspectors be appointed. Further, she said that as the situation in India was that women's conditions were such that women could only medically treat them, Indian women should be admitted to medical colleges. Ramabai's evidence created a great sensation and reached Queen Victoria. It bore fruit later in starting of the Women's Medical Movement by Lord Dufferin.

Ramabai went to Britain in 1883 to start medical training. During her stay she converted to Christianity. From Britain she traveled to the United States in 1886 to attend the graduation of the first female Indian doctor, Anandibai Joshi, staying for two years. During this time she also translated textbooks and gave lectures throughout the United States and Canada. She had also published one of her most important book, The High-Caste Hindu Woman. This was also the first book that she wrote in English. Ramabai dedicated this book to Dr. Joshi, The High-Caste Hindu Woman-to be specific a Brahmin woman which showed the darkest aspects of the life of Hindu women, including child brides and child widows, sought to expose the oppression of women in Hindu-dominated British India. In 1896, during a severe famine, Ramabai toured the villages of Maharashtra with a caravan of bullock carts and rescued thousands of outcast children, child widows, orphans, and other destitute women and brought them to the shelter of Mukti and Sharada Sadan. A learned woman knowing seven languages, she also translated the Bible into her mother tongue—Marathi—from the original Hebrew and Greek.

By 1900 there were 1,500 residents and over a hundred cattle in the Mukti mission and she was also involved in establishing a Church at Mukti. The Pandita Ramabai Mukti Mission is still active today, providing housing, education, vocational training, etc. for many needy groups including widows, orphans, and the blind.

As Pandita Ramabai involved herself in social service, there was little family life for her. Her childhood was full of hardships, she lost her parents early and her husband died within two years of marriage. She had also to educate her only daughter, Manorama Bai. She did this well: Manorama completed her BA at Bombay University; went to the US for higher studies; returned to India, and worked as Principal of Sharada Sadan, Mumbai. With her help, Pandita Ramabai established Christian High school at Gulbarga (now in Karnataka), a backward district of south India, during 1912, and her daughter was the Principal of the school. In 1920 Ramabai's body began to flag and she designated her daughter as the one who would take over the ministry of Mukti Mission. However, Manorama died in 1921. Her death was a shock to Ramabai. Nine months later, Ramabai, who had been suffering from septic bronchitis, died on 5 April 1922, a few weeks before her 64th birthday.

Swami Vivekananda mentions about Ramabai in his letters. "I am astonished to hear the scandals the Ramabai circles are indulging in about me. Don't you see, Mrs. Bull, that however a man may conduct himself, there will always be persons who invent the blackest lies about him? At Chicago, I had such things every day against me. And these women are invariably the very Christian of Christians!"

The contents of this page are sourced from Wikipedia article on 10 Mar 2020. The contents are available under the CC BY-SA 4.0 license.
View Pandita Ramabai 's image gallery
Image Gallery 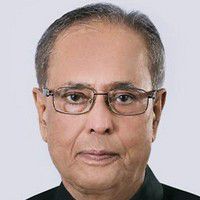 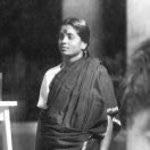