Pamela Ann Smart (née Wojas) (born August 16, 1967) is an American criminal convicted of conspiring with her 15-year-old lover, William "Billy" Flynn, and three of his friends to kill her 24-year-old husband, Greggory Smart, on May 1, 1990, in Derry, New Hampshire. She was later convicted of being an accomplice to first-degree murder, conspiracy to commit murder, and witness tampering. She is currently serving a life sentence at Bedford Hills Correctional Facility for Women, a maximum security prison in Westchester County, New York.

Pamela Wojas met Greggory Smart at a 1986 New Year's Eve party. They formed a serious relationship in February 1987 and married two years later. They shared a passion for heavy metal music. Seven months into the marriage, the Smarts began having serious problems in their relationship. She took a job as a media coordinator at Winnacunnet High School in Hampton, New Hampshire.

Smart met Winnacunnet High School student William "Billy" Flynn at "Project Self-Esteem," a local drug awareness program at the school, where both were volunteers. She was able to impress him with her interest in heavy metal music. Flynn, a sophomore, was always going out of his way to be helpful during the sessions and also visited Smart every day in her office. Smart also met another intern named Cecilia Pierce, who was friends with Flynn.

On May 1, 1990, Pamela Smart came home from a work meeting to find her condominium ransacked and her husband murdered. Police officials say the crime scene looked like a disrupted burglary. Smart was later accused of seducing 15-year-old Flynn and threatening to stop having sex with him unless he killed her husband. Flynn did so with the help of friends Patrick "Pete" Randall, Vance "J.R." Lattime, Jr., and Raymond Fowler. Flynn shot Greggory Smart as Randall held him down, while Lattime, the driver, waited in the getaway car outside with Fowler.

During the investigation, J.R. Lattime's father brought a .38 caliber pistol he had found in his house to the police, believing it might have been the murder weapon. An anonymous tip also indicated that a teenager named Cecilia Pierce was aware of the plan. Police talked to Cecilia, who then agreed to wear a wire and record some conversations with Smart in hopes that she would say something incriminating, which she did. On August 1, 1990, at 1:05 p.m., Detective Daniel Pelletier entered Smart’s office unannounced. Smart recognized him, having spoken to him on at least six other occasions. Taken by surprise, she asked, “What’s up?” “Well, Pam,” Pelletier said in the recording, “I have some good news and I have some bad news. The good news is that we’ve solved the murder of your husband. The bad news is you’re under arrest.” “What for?” Smart asked. “First-degree murder. Stand up and face the wall.” Smart was then handcuffed and arraigned in Derry District Court and taken to the Rockingham County Jail.

Smart's trial was widely watched and garnered considerable media attention; she faced life in prison if convicted. The prosecution's case relied heavily on testimony from Smart's teenaged co-conspirators, who had secured their own plea bargains before her trial began.

When oral argument commenced March 4, 1991, Assistant Attorney General Diane Nicolosi portrayed the teenagers as naive victims of an "evil woman bent on murder." The prosecution portrayed Pamela Smart as the cold-blooded mastermind who controlled her young lover. Nicolosi claimed that Smart seduced Flynn to get him to murder her husband, so that she could avoid an expensive divorce and benefit from a $140,000 life insurance policy. In her testimony, Smart acknowledged that she had an affair with the teenager, but claimed that the murder of her husband was solely the doing of Flynn and his friends as a reaction to her telling Flynn that she wished to end their relationship and repair her marriage. She insisted that she neither participated in the murder plot nor had any foreknowledge of it. Though Flynn claimed he had fallen in love with Smart when he first met her, Cecilia Pierce testified at trial that Smart and Flynn were originally just friends. Pierce first noticed a change around February, when Smart confessed to her that she "loved Bill." According to Flynn, he was a virgin before he had sex with Pamela Smart.

After a 14-day trial, Smart was found guilty on March 22, 1991, in the Rockingham County Superior Court of "being an accomplice to first-degree murder, conspiracy to commit murder, and witness tampering." This was largely as a result of the testimony of her co-conspirators and secretly taped conversations in which Smart appeared to contradict her claims of having wanted to reconcile with her husband and of having no knowledge of the boys' plot. She could have been charged with capital murder, but the prosecution decided against it. Later that day, she was given a mandatory sentence of life in prison without the possibility for parole.

Smart argues that the media had influenced her trial and conviction, as she explained in the 2014 HBO documentary Captivated: The Trials of Pamela Smart.

Smart is serving her life sentence at the maximum-security Bedford Hills Correctional Facility for Women in Westchester County, New York. Smart was transferred there from the New Hampshire State Prison for Women in Goffstown, New Hampshire, in 1993. At the time, New Hampshire officials said the transfer was for unspecified "security reasons." Co-defendants William Flynn and Patrick Randall were also transferred, in both cases to the Maine State Prison in Warren, Maine.

The specific reasons for Smart's transfer are somewhat murky. In 2007, a senior assistant in the state attorney general's office told the Keene State Equinox that Smart was transferred due to discipline problems. While she had accrued 22 disciplinary reports, all but two of them were for minor offenses. Deputy Compact Administrator Denise Heath claimed that at the time, there were fears that the State Prison for Women was not suitable for a high-profile inmate like Smart, and that it would be too easy for someone to break her out. However, New Hampshire has never had a formal transfer agreement with New York; Heath believed the transfer was a "commissioner to commissioner" arrangement. Smart's family maintains they were never informed of the transfer.

Although she maintains that she is innocent, Smart has conceded that, if she had not had an affair with Flynn, Gregg Smart would still be alive. In prison, Smart tutored other inmates and has completed two master's degrees, in literature and legal studies, which were paid for with private funds from Mercy College. Smart became a member of the National Organization for Women, campaigning for rights for women in prison.

In October 1996, Smart was severely beaten by inmates M. Graves and G. Miller, resulting in a metal plate being placed in the left side of her face. The two inmates beat her after accusing her of snitching on them about their prison relationship. Convicted of second-degree assault in an attack at Bedford Hills Correctional Facility, the two inmates were transferred to separate prisons. Ever since she was severely beaten, she takes medication for chronic pain and sometimes thinks of suicide. Her counselor, Dr. Eleanor Pam, says that "she has many, many, many dark days." Smart says she still keeps track of Flynn because she regards him as being the key to her freedom. "He is one of the few people that could actually get me out of here, by coming forward and telling the truth, but he's never gonna do that," said Smart.

In 2003, photos of a scantily clad Smart were published in the National Enquirer; she filed a complaint and was placed in solitary confinement for two months. Smart sued, claiming the photos were taken by a prison guard who had raped her. The lawsuit was dismissed; but, in 2004, Smart and fellow inmate Carolyn Warmus sued officials of Bedford Hills, claiming sexual harassment, and sexual assault by a Corrections Officer, who they said coerced them into posing for the suggestive pictures published in 2003. On November 5, 2009, a U.S. District Court Judge approved $23,875 to Smart from the state of New York.

In prison, Smart took part in a writer’s workshop, facilitated by playwright Eve Ensler. The workshop and Smart’s writing were exhibited in the 2003 PBS documentary What I Want My Words to Do to You.

Albert Johnson, Smart's attorney from Boston, Massachusetts, is nationally known for his high-profile clients, such as Patty Hearst and F. Lee Bailey. In April 2004, the First U.S. Court of Appeals upheld a 2002 ruling by a federal judge who rejected her federal habeas petition. Previous to her federal appeal, Smart had exhausted all judicial appeals at the state level. In July 2005, the New Hampshire Executive Council unanimously denied a pardon request for "any conditions the governor may seek to impose." In an interview with ABC News, Smart indicated she is afraid of growing old and dying in prison and would rather have had the death penalty than life.

In 1992, William Flynn was sentenced to life in prison for second degree murder, eligible for parole in 40 years with 12 years of the minimum sentence deferred if he maintains good behavior. Flynn was incarcerated at the Maine State Prison in Warren, where he earned his GED, has been active in charity work and worked as an electrician at the prison. In 2007, Flynn sought a sentence reduction after serving 16 years, stating that he had vowed not to do so until he had spent as many years behind bars as he had spent free. He also apologized to Gregg Smart's family for murdering him. The Smart family opposed the request. On February 12, 2008, the request was denied, although Flynn's earliest parole eligibility date was reduced by three years to 25 years, making him eligible for parole in 2015. In July 2014, Flynn was moved to a minimum security facility in Warren, Maine, allowing him to participate in a work release program.

Flynn was granted parole by the state parole board on March 12, 2015, and was released from prison on June 4, 2015 on lifetime parole. Flynn was represented in his parole and post-conviction hearings by criminal defense attorney Cathy Green.

Like Flynn, Patrick Randall was also sentenced to life in prison for second degree murder, eligible for parole in 40 years with 12 years deferred, making him eligible as early as 2018. He too is serving his sentence at the Maine State Prison in Warren, Maine. In March 2009, a judge reduced Randall's minimum sentence by three years to 25 years, making him eligible for release as early as June 2015. Randall was represented at the sentence reduction hearing by attorney Mark Stevens. Randall was granted parole by the New Hampshire Parole Board after a hearing on April 9, 2015. He was released on June 4, 2015 on lifetime parole.

Co-conspirator and driver Vance Lattime was sentenced to life in prison as an accomplice to second-degree murder, eligible for parole in 30 years, with 12 years suspended, making him eligible in 2008. In 2005, his minimum sentence was reduced by three years, and he was paroled that same year. Lattime was represented by criminal defense attorney Mark Stevens.

Co-conspirator Raymond Fowler, who waited in the car during the killing, was sentenced to 30 years for conspiracy to murder and attempted burglary, and he was eligible for parole after 15 years. Fowler was paroled in 2003, but was sent back to prison in 2004 for violating his parole terms. He was paroled again in June 2005. 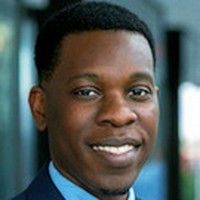