Pamela Greer is a British actress, who is best known for her roles on television during the 1960s. In 1966, she changed her name to Luanshya Greer and became a writer for TV shows including Dixon of Dock Green, Thriller and Triangle.
Her Television credits include:
Z-Cars (6 episodes) as WPC Shepherd
Softly, Softly
Doctor Who (in the serial The Daleks' Master Plan) as "Lizan"
The Likely Lads ("Last of the Big Spenders")
No Hiding Place as "Sheila Laurence"
Riviera Police 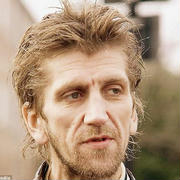 Bishop of Leicester; Bishop of Dunwich