Palmer Chamberlain Ricketts (January 17, 1856 – December 9, 1934) was the ninth president of Rensselaer Polytechnic Institute. He served as president for 33 years and oversaw a period of major expansion and development of the university.

He was born in Elkton, Maryland, on January 17, 1856, and was educated privately at Princeton, New Jersey. His brother, Louis Davidson Ricketts, achieved prominence as a mining engineer and in finance in New Mexico. Ricketts first arrived at RPI in 1871, at only fifteen years of age. During his junior year, he was a member of the editorial board which produced one of the more irreverent volumes of the Transit, the school yearbook. Immediately following his graduation in 1875, Ricketts was appointed as Assistant in Mathematics and Astronomy at RPI. He served as an assistant engineer for the Troy and Boston Railroad Company during the summers of 1876 and 1877, and was later elected a member of the American Society of Civil Engineers and the American Society of Mechanical Engineers. Ricketts was promoted to Assistant Professor in 1882 and in 1884 became the William H. Hart Professor of Rational & Technical Mechanics, the first endowed chair at the Institute. Between 1881 and 1883 Ricketts obtained patents for the invention of an electromagnetic station indicator and a railway-car electrical circuit coupler, and in later years he was vice-president of the Trojan Car Coupler Company. He did research on testing materials, and in 1885 the English journal, Iron, reprinted an article by Ricketts from Van Nostrand’s Engineering Magazine on "Physical Tests of Malleable Cast Iron, with Ten Tables."

In 1892, he was appointed director of the institute, a position that put him in charge of the faculty. During this time, he added an electrical engineering program. He also worked to improve recognition and support of the Institute through various publicity efforts, such as a display at the 1893 Columbian Exposition in Chicago. He was elected president in 1901 by unanimous consent of the board of trustees. During his administration he pushed for major expansion of the student body and campus. During his tenure, ten major academic buildings were constructed, now referred to as the "Green Roof" or "Ricketts" campus, due to the easily recognizable brick colonial revival architecture and copper roofs. He also oversaw the construction of twenty-nine dormitory units, including the Quadrangle complex (1916-1927), North Hall and E Dormitories (1932). Degree programs in mechanical, chemical, metallurgical, aeronautical and industrial engineering programs were added to the curriculum as well as a school of architecture in 1929 and a graduate school. Ricketts successfully raised money from groups and individuals to support this development; most notably a $1 million gift from Margaret Olivia Sage in 1906. John M. Lockhart, a member of the class of 1887, who was a steel maker, financier and a son of a founder of Standard Oil, contributed more than $5 million under the pseudonym "Builder." Overall, he presided over the growth of Rensselaer's resources from less than $500,000 to more than $11 million. Enrollment increased from around 200 to 1,900, and the number of faculty increased correspondingly. Ricketts organized the Institute's 100th Anniversary celebration in 1934, which was attended by dignitaries from around the world. He wrote the first three editions of History of the Rensselaer Polytechnic Institute; the first edition of was published in 1895, the second in 1914, and the third in 1934.

In 1933, he began the construction of a building for the aeronautical, chemical and metallurgical engineering departments, but did not live to see its completion in 1935, as he died in office on December 9, 1934. It was named the Ricketts Building in his honor. He was inducted into RPI's Alumni Hall of Fame in 1998. 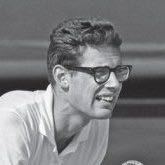