Patricia Alberta Hannah (born April 13, 1964) is an American former television and film actress. Hannah was born in Chicago, Illinois. She is married to producer Lou Adler, and the couple has four sons, Manny, Ike, Pablo, and Oscar. She is the sister of actress Daryl Hannah.

In 1999, Hannah and her husband founded The Painted Turtle Camp in Lake Hughes, California, along with Paul Newman. The camp is part of the Hole in the Wall Gang Camp network founded by Newman.

The camp's programs give children with life-threatening illnesses and chronic medical conditions the opportunity to experience traditional camping experiences. The camp also has an outreach program that visits hospitals in the greater Los Angeles area.

Hannah is currently chairman of the organization's board of directors.

George Washington's bodyguard and tribal chief of the Pokanoket 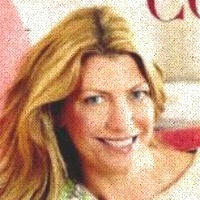