Padmanabha Pillai Gopinathan Nair is an Indian social worker, Gandhian, independence activist and the chairman of Mahatma Gandhi National Memorial Trust, popularly known as Gandhi Smarak Nidhi, a trust managed by the Government of India. He participated in the Quit India movement of 1942 and worked alongside Vinoba Bhave to promote Bhoodan and Gramdan movements. He is the initiator of the camp movement, a student program, as a part of the Construction Movement of Mahatma Gandhi. He is a recipient of the Jamnalal Bajaj Award, among other honors. The Government of India awarded him the fourth highest civilian honour of the Padma Shri, in 2016, for his contributions to society.

Gopinathan Nair was born on 7 July 1922 to M. Padmanabha Pillai and K. P. Janaki Amma in Neyyattinkara, a town in the southern part of Thiruvananthapuram district of the south Indian state of Kerala. After completing his school education at the Government High School, Neyyattinkara, he did his graduate studies in science at the University College, Thiruvananthapuram and it was during this period, he participated in the Quit India movement. In 1944, he founded Trivandrum Students Settlement gathering 35 students, inspired by the Construction movement of Mahatma Gandhi. In 1946, he became the Chief Tattwa Pracharak of the Kerala Gandhi Smarak Nidhi and conducted several courses for his colleagues as well as other students. The same year, he joined Shantiniketan for further studies in Chinese culture and Gandhian philosophy and returned to his home town after the completion of the course. For the next decade and a half, he organized several camps for training people and carried out constructive work such as roads and sanitation facilities and organized people for Bhoodan and Gramdan activities. When Vinoba Bhave visited Kerala as a part of his Padayatra, Nair organized a meeting in Kalady. He also became associated with Shanti Sena and was involved in many of its activities. He was reported to have been active during the naxalite insurgency in Kilimanoor in 1970, the Hindu-Muslim communal riots in Thalassery, the East Bengali refugee crisis of 1971 and Kuttanad Peace Project of 1971–76. He also served as the chair of the Sarva Seva Sangh in 1989 and was the convenor of the Cow Protection Committee in Kerala when Bhave campaigned against slaughter of cows. In the aftermath of the Marad massacre of 2002, A. K. Antony, the then chief minister of Kerala requested Nair's assistance in mediating between the warring factions and he was reported to have been successful in his efforts.

Nair, who has written several articles on Gandhian thought, has been associated with Gandhi Smarak Nidhi in various positions, held the post of the secretary of the Kerala chapter during 1980–82 and is the incumbent national president of Gandhi Smarak Nidhi, besides heading the Kerala chapter since 1999. He is a life member and a member of the governing board of the Gandhi Peace Foundation and a former president of the All India Sarva Seva Sangham, Varanasi (6 years) and Sevagram, Wardha (11 years). He is the chairman and patron of the Noorul Islam Civil Service Academy and a member of Sree Uthradam Thirunal Institute Of Culture, Thiruvananthapuram He is married to L. Saraswathi Amma, a retired State Women’s Welfare officer, and the couple lives in Neyyattinkara.

Nair received the Social Service Award of the Stallions International in 2003 and he was selected for the Jamnalal Bajaj Award in 2005, for his constructive social service. The University of Calicut honored him for his services to Gandhian studies in 2005 and the University of Kerala felicitated him on 24 April 2012, when he was elected as the national president of Gandhi Smarak Nidhi. The Government of India awarded him the civilian honor of the Padma Shri in 2016, though the original recommendation of the state government was for the higher award of the Padma Bhushan. The Department of Information and Public Relations of the Government of Kerala and the state chapter of Gandhi Smarak Nidhi jointly organized a photo exhibition at Gandhi Bhavan, Thiruvananthapuram, featuring various photographs from Nair's life, in connection with his 95th birthday celebrations. The exhibition, besides the photographs, also had several write-ups on him as exhibits. Noorul Islam Civil Service Academy of the NIMS Charity Trust, where he is the patron, was renamed as P. Gopinathan Nair Civil Service Training Academy in his honor in 2011, in connection with his 90th birthday celebrations. His life has been documented in a 30-minute documentary film, directed Rajan V, Pozhiyoor, the secretary of Thikkurissi Foundation and produced by the Media Research Institute, Thiruvananthapuram. His biography has also been published under the title, Gandhian Karmapadhangalil (Along the Gandhian Paths). 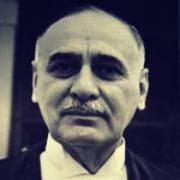