As an Old Testament Scholar, George's research works have been reviewed in the Toronto Journal of Theology and the Elenchus of Biblica. George researched on the Hebrew Bible using the methodology of Semantics which puts him among the Translation scholars in the line of Basil Rebera.

George's thorough analysis of the terms for "Rod" has brought to light important nuances of meaning in the Hebrew vocabulary, especially with regard to the principal words, מַטֶּה matteh and sḗbeṭ. The insights uncovered by Dr. George's work offer valuable information for scholars involved in Bible translation, Hebrew lexicography, and the study of the societal patterns in ancient Israel

In 1999, George provided the lyrics for the Malayalam devotional audio Yesuve Ninakkai with music composed by Senu Thomas and sung by Vijay Yesudas and K J Yesudas.

George pursued graduate and postgraduate courses in Sciences at the Government Science College, Rewa in Madhya Pradesh and has both a B.Sc. and an M.Sc. degree from the Awadhesh Pratap Singh University, Rewa.

He then enrolled for a doctoral programme his studies at Wycliffe College, where he was once again supervised by Stanley Walters. George's doctoral thesis was entitled The Rod in the Old Testament: A Study of Vocabulary and Function . He received the Th.D degree in 1988.

The Dharma Jyoti Vidyapeeth, Faridabad is an institution of the Mar Thoma Church affiliated to the Senate of Serampore College (University) whose first Principal was the legendary Old Testament Scholar, K. V. Mathew who served from 2000-2002 followed by V. S. Varghese. During the later years, George moved from Kottayam to Faridabad where he became Principal of the College and served in that capacity till 2014.

In 2014, George moved to Serampore where he was appointed Dean of Research at the South Asia Theological Research Institute where he used to guide doctoral-level researchers. 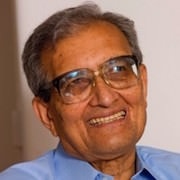