Douglas A. Baker Sr. (April 19, 1934 – October 20, 2014) was an American professional wrestler and actor, better known professionally as Ox Baker. He was famous for his Machiavellian eyebrows and finishing move, the Heart Punch, sometimes called the "Hurt Punch", after Baker's famous catchphrase "I love to hurt people!". He appeared in several movies including Blood Circus and Escape from New York.

Baker, the oldest of five siblings, began as an amateur high school wrestler, boxer and football player in his adopted hometown of Waterloo, Iowa before getting thrown out of school. He also played football for two years in the armed forces.

Baker was trained by Buddy Austin, Pat O'Connor, and Bob Geigel, and debuted in 1964. As time went on he was winning a majority of his matches by knock out caused by the Heart Punch; he later renamed the move the Hurt Punch when Stan Stasiak, from who Baker adopted the move, objected. Initially debuting as a kind, horn-rimmed-glasses-wearing country simpleton, Baker later turned into a villain. He was known for his unique look with his shaved head and black bushy mustache and eyebrows and ability to cut a promo. He was also famous for wearing T-shirts to the ring, declaring himself "The Great Heart Puncher".

In 1967 Baker worked for the World Wide Wrestling Federation (WWWF) as The Friendly Arkansas Ox. In his first appearance there, Baker teamed with Armand Hussein in a handicap match versus Gorilla Monsoon. Later on Baker went to fight in different promotions through North America, including Stampede Wrestling in Canada, the World Wrestling Council in Puerto Rico, and the United States-based American Wrestling Association throughout the 1970s. On June 13, 1971, Baker and his partner the Claw were wrestling in an AWA Midwest Tag Team Championship tag team match against Alberto Torres and “Cowboy” Bob Ellis in Verdigre, Nebraska. Torres was injured during the match and died three days later. Though evidence indicated that Torres died of a ruptured appendix, Baker's Heart Punch was blamed; the death was worked into Baker's wrestling persona, reinforcing his heel character. On August 1, 1972, Baker lost to Ray Gunkel. Following the match, Gunkel died in the locker room; his death was attributed to a blood clot, which broke off from a hematoma caused by Baker, which led to a heart attack. Again, the death was worked into Baker's character, and in 1974, Baker caused a riot in Cleveland, Ohio, for continually Heart Punching an opponent after the match was finished.

In 1988, Baker returned to the AWA. Under contract with The AWA through TRB Sports LLC, Baker teamed up with George Petraski, The Russian Brute, of ICW fame. The following year he opened "Ox Baker's Wrestling School", becoming a well-renowned trainer. His students include Mark Calaway, Bryan Clark. and NWA New England Superstar The Dark Angel and his Kayfabe twin brother Micky Byggs of Wrestling Spotlite Radio/TV. He also did commentary for some IWCCW events in the early 1990s. Baker made an appearance in Ring of Honor in 2004 during their At Our Best event, confronting Dusty Rhodes before the show started and again during the main event that Rhodes was involved in. Baker also made an appearance in Combat Zone Wrestling on December 8, 2007, at Cage of Death 9 as the guest of Cult Fiction (Halfbreed Billy Gram and Toby Klein). In December 2013, Baker returned to the ring to be crowned the CCW Champion after being a surprise entrant in a thirteen-man battle royal in Ohio.

Acting career and other media

Baker worked in movies from time to time, most notably in the late 1970s and early 1980s. He appeared as a fighter in Jackie Chan's The Big Brawl (1980) and as Kurt Russell's gladiatorial opponent in John Carpenter's Escape from New York (1981). In addition, he was cast in the professional wrestling film named for his catch phrase, I Like to Hurt People. On January 19, 1981, Baker was a contestant on the game show The Price is Right. In 1985, Ox Baker played the Russian in the wrestling movie Blood Circus, and in 2013 appeared in Chilling Visions: 5 Senses of Fear as The Butcher.

In 2005 a documentary on Baker's life and career was filmed, directed by Halfbreed Billy Gram, with the working title of I Love the People I Hurt: The Life and Legend of the Mighty Ox Baker. Also filmed during this time was a short comedy feature titled My Smorgasboard with Ox, co-written and co-starring Baker and Gram. Both remain in post-production.

In 2006 the North Carolina-based indie band the Mountain Goats released a song on their Babylon Springs EP titled "Ox Baker Triumphant" in which Baker is betrayed by the wrestling community and rises up to strike vengeance upon them.

In 2011, Baker self-published a cookbook, which included recipes and stories from his time in wrestling.

In 2015 Veteran Pro Wrestling out of Groton Connecticut had the first annual Ox Baker Memorial Cup. The winner for 2015 was Bad News Walter Swan and US Army Veteran The Patriot Paul Severe aka Jared Keefe. In 2016 the winner was Rescue 911 Christopher Annino.

Baker died on October 20, 2014 in Hartford, Connecticut, due to complications from a heart attack.

The contents of this page are sourced from Wikipedia article on 06 May 2020. The contents are available under the CC BY-SA 4.0 license.
View Ox Baker 's image gallery
Image Gallery

Acting career and other media 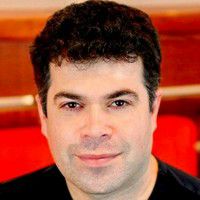 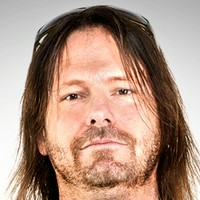