After graduation from law school, Fiss was admitted to the bar in New York state in 1965. He clerked for U.S. Court of Appeals Judge Thurgood Marshall from 1964 to 1965, and for U.S. Supreme Court Justice William Brennan in 1965. He then worked as a Special Assistant to Assistant Attorney General of the Civil Rights Division of the Department of Justice from 1966 to 1968.

Fiss joined the faculty of University of Chicago in 1968, and became a professor at Yale Law School in 1976.

Courses offered by Fiss include civil procedure, distributive justice, the law of democracy and the First Amendment.

Fiss is an advocate of strong regulation of political campaigns:

We may sometimes find it necessary to "restrict the speech of some elements of our society in order to enhance the relative voice of others," and that unless the [Supreme] Court allows, and sometimes even requires the state to do so, we as a people will never truly be free. 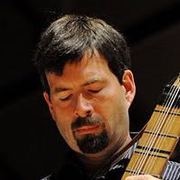