Otylia Jędrzejczak ([ɔˈtɨlja jɛndˈʐɛjtʂak] (); born 13 December 1983) is a Polish swimmer. She was the Olympic champion from 2004 Athens in the 200 metre butterfly. She finished 4th in this event in the 2008 Summer Olympics in Beijing, and also swam at the 2000 Summer Olympics in Sydney. In Athens 2004 she also silvered in 400 m freestyle and 100 m butterfly. Three times she broke the world record in the women's 200 m butterfly (once in the 25-metre pool).

Jędrzejczak was born in Ruda Śląska, Silesian Voivodship, Poland. She started swimming at the age of six as a measure to correct a slight curvature of the spine. At first she hated the sport. Her attitude towards it changed after she had won her first prize in a competition in Germany at the age of eight. Jędrzejczak took up swimming seriously in high school. Led by coach Maria Jakóbik, she won her first titles in the Junior European Championships in 1999. Medals in the Senior European Championships in 1999 and 2000 opened the way to her first Olympic appearance.

Jędrzejczak studied at the Academy of Physical Education in Warsaw (Akademia Wychowania Fizycznego w Warszawie). Her coach is Paweł Słomiński. She stands 187 cm (6 ft 1½ in) tall and wears a size 47 (EU)/14 (US) shoe.

For her sport achievements, she received the Knight's Cross of the Order of Polonia Restituta (5th Class) in 2004.

Jędrzejczak owes her Olympic gold medal success to a brilliant finish in the last quarter of the 200 metre distance, which allowed her to overtake Australian Petria Thomas, who led the race for over 150 metres.

After the race Jędrzejczak revealed, that during the pre-Olympic trials in Athens in June she had declared that if she won a gold medal in the Olympics, she would auction it off and hand the proceeds to a charity helping children suffering from leukemia.

The results of the internet auction were announced on 19 December 2004 with Victoria Cymes, a Polish food company, turning out to be the highest bidder with 257,550 zlotys (about 82,437 USD). The money was handed over to the Oncology and Haematology Clinic of Wrocław's Children's Hospital.

On 1 October 2005, she was injured in a car accident, which killed her 19-year-old brother, Szymon. The 2005 Chrysler 300C HEMI which she was driving crashed head-on into a tree, after a botched attempt to overtake several long-haul trucks at excessive speed during bad weather conditions.

She was tried for an accident resulting in passenger's death. The prosecutors initially proposed Jędrzejczak an agreement which would lead to a sentence of 2 years imprisonment in suspension. Jędrzejczak refused the agreement and strongly pressed for an acquittal, stating that she was already punished enough by her brother's death. Her trial began in February 2007 before the District Court in Płońsk, close to the place of the accident. She was convicted and sentenced to 9 months of probation during which she had to do 30 hours of community service a month. She also lost her driving licence for 1 year. Both the prosecution and Jędrzejczak appealed to the Regional Court in Płock, which upheld the ruling.

The accident, the trial and their aftermath started taking their toll. Her attitude during the trial resulted in alienation of many of her fans and decline of her popularity. In 2006, she returned to competitive swimming and competed in European Championships in Budapest, finishing first in 200 m freestyle and 200 m butterfly as well as second in 4×200 m relay. In 2007, she managed to set new world record in 200 m butterfly in Debrecen, but later, in Melbourne, she finished third in her main competition, 200 m butterfly, and in Eindhoven in 2008, she failed to qualify for the final race in both 100 m and 200 m butterfly.

Although both Jędrzejczak and her trainer Paweł Słomiński stated that Eindhoven results were "just an accident", 2008 Summer Olympics proved otherwise. Jędrzejczak, who won three Olympic medals four years earlier, in Beijing managed only to reach 9th place in 200 m freestyle and a disastrous 17th place in 100 m butterfly. She hoped for a medal in her favourite 200 m butterfly, but she failed, finishing 4th.

After returning from Beijing, Jędrzejczak stated in an interview that she probably would quit the career as a professional swimmer.

However, Jędrzejczak qualified for the 2012 Summer Olympics in the 100m and 200m butterfly. She swam a time of 59.31 in her 100m heat, and did not qualify for the semifinals.

The contents of this page are sourced from Wikipedia article on 08 Mar 2020. The contents are available under the CC BY-SA 4.0 license.
comments so far.
Comments
From our partners
Sponsored
Reference sources
References
http://motoryzacja.interia.pl/news-otylia-jechala-180-km-h,nId,1373518
https://www.sports-reference.com/olympics/athletes/je/otylia-jedrzejczak-1.html
https://www.swimrankings.net/index.php?page=athleteDetail&athleteId=4042447
https://web.archive.org/web/20060904205221/http://www.fina.org/bios/archives/bio_Jedrzejczak.html
https://viaf.org/viaf/1774147967347984200007
https://www.worldcat.org/identities/containsVIAFID/1774147967347984200007 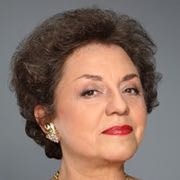