Berbig was an antiques dealer in West Berlin in 1978 when an elderly woman entered his store wanting to sell heirlooms. The woman was Romanian princess Catherine Caradja (also known as Princess Caradja-Kretzulesco), who claimed to be a blood relative of Vlad Dracula. The two became friends, and the princess was keen to adopt Berbig as her family had no male heirs to carry the family name.

Once formally adopted, the newly renamed 'Prince Kretzulesco' proved adroit at exploiting his 'Dracula lineage'. From his 46-room palace located in the town of Schenkendorf (Brandenburg), he organized so-called "blood-sucking parties" in conjunction with the German Red Cross at which guests were invited to donate blood. Likewise he entertained numerous other charity events including medieval festivals and ghost story-telling evenings.

He also set up a wine business, marketing under the Castle of Dracula label, and became a local councillor, at one time proclaiming the town of Schenkendorf 'Dracula's Principality'.

Kretzulesco died in Königs Wusterhausen of a brain tumor during the weekend of November 17–18, 2007. His wife, Janett, and son and heir, Ottomar Dracula Junior or 'Otti', celebrated his first birthday in December 2007.

The contents of this page are sourced from Wikipedia article on 10 Mar 2020. The contents are available under the CC BY-SA 4.0 license.
comments so far.
Comments
Reference sources
References
https://www.telegraph.co.uk/news/main.jhtml?xml=/news/2007/11/24/db2403.xml
http://richlabonte.net/exonews/xtra3/dracs_kingdom.htm
https://web.archive.org/web/20071223091245/http://richlabonte.net/exonews/xtra3/dracs_kingdom.htm
http://www.spiegel.de/international/zeitgeist/0,1518,518776,00.html
https://www.imdb.com/name/nm2223590/
Trending today in 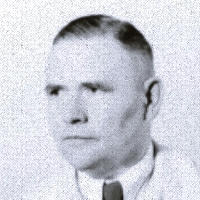