Otto Schenk (born 12 June 1930, in Vienna) is an Austrian actor, and theater and opera director.

Schenk was born to Catholic parents. His father, a lawyer, had Jewish roots and therefore lost his job after the Anschluss in 1938. His mother was Italian. Schenk studied acting at the Max Reinhardt Seminar, and started his acting career at the Theater in der Josefstadt and the Wiener Volkstheater, and as a comedian at Vienna's Kabarett Simpl. His directing career began in 1953 at small Viennese venues, later leading him to renowned stages like the Burgtheater, the Munich Kammerspiele or the Salzburg Festival, staging plays by William Shakespeare, Arthur Schnitzler, Ödön von Horváth, Anton Chekhov. In 1957, Schenk directed his first opera, Mozart's The Magic Flute for the Salzburg Landestheater. His breakthrough as an opera director came in 1962 with Alban Berg's Lulu at the Theater an der Wien. This production was later moved to the Vienna State Opera, where Schenk debuted in 1964 with Leoš Janáček's Jenůfa. He was contracted by the State Opera as a permanent producer for several seasons, while continuing his free-lance career as an actor, comedian and director in Austria and Germany, working for theaters, opera houses and television productions. In 1965 Austrian television engaged him to direct a studio production of Verdi's Othello sung in German with a stellar cast. During the 1970s and 1980s, Schenk was hired by La Scala, the Royal Opera House in Covent Garden, and German opera houses such as the Berlin State Opera, the Bavarian State Opera and the Hamburg State Opera. Schenk's operatic productions included works by Mozart, Gaetano Donizetti, Giuseppe Verdi, Antonín Dvořák, Giacomo Puccini, Richard Strauss, Richard Wagner, Ernst Krenek, and Friedrich Cerha.

In the United States, Schenk is especially known for his lavish, realist, traditionalist stagings at the Metropolitan Opera, most notably his production of Richard Wagner's four-opera epic Der Ring des Nibelungen which was hailed by traditionalist Wagnerian opera fans as one of the closest productions to Wagner's true vision. The production was retired from the Met in 2009. Schenk had debuted at the Met with Puccini's Tosca in 1968; his 2006 farewell production was Donizetti's Don Pasquale with Anna Netrebko.

Schenk has appeared in over 30 films (mostly in German). In 1973, he directed Reigen [de], a film based on Arthur Schnitzler's Reigen (with Helmut Berger, Sydne Rome, Senta Berger). Schenk is currently starring in the stage adaptation of Lily Brett's Chuzpe at the Kammerspiele Theatre in Vienna.

The Metropolitan Opera currently uses his productions of Die Meistersinger von Nürnberg, Tannhäuser, and Elektra and among others. Many of his productions are available on DVD, including his Vienna State Opera productions of Fidelio and Rosenkavalier, and his Met productions of Parsifal, Die Meistersinger von Nürnberg, Tannhäuser and Der Ring des Nibelungen. In October 2010, Schenk returned to the Met to revive his Don Pasquale with Netrebko. In December 2010, he revived his Rosenkavalier (conducted by Asher Fish, cast including Adrianne Pieczonka) at the Vienna State Opera.

The contents of this page are sourced from Wikipedia article. The contents are available under the CC BY-SA 4.0 license.
View Otto Schenk 's image gallery
Image Gallery 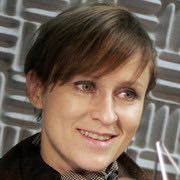