Otto Lauffer was born in Weende (which is today is a district of Göttingen) on 20 February 1874 and spent his childhood there, until 1886.

In 1902, Lauffer became an assistant at, and in 1907 director of the Historical Museum in Frankfurt. From 1908 until the opening in 1922, he oversaw the building of the Hamburg History Museum (now "hamburgmuseum"), continuing in his role as director until 1946.

In the same year that the University of Hamburg was founded, Otto Lauffer was granted the first professorship in folklore in Germany, which he retained until 1939. In 1922/23, he was also rector of the University.

Lauffer died on 8 August 1949 in Hamburg, and was buried in the Ohlsdorf Cemetery there (grave reference: R9 (29-30)). His collected works are to be found in the Hamburg University Library. On 20 February 1984, a memorial plaque was dedicated to his memory in Weende.

The Otto-Lauffer-Straße in Weende and the Otto Lauffer barge in Hamburg are named after him. 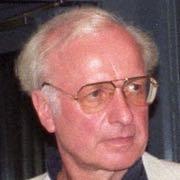 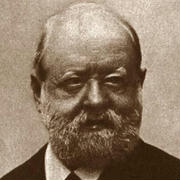