Otto Kumm (1 October 1909 – 23 March 2004) was a German divisional commander in the Waffen-SS during World War II and a recipient of the Knight's Cross of the Iron Cross with Oak Leaves and Swords. After the war, he became one of the founders of HIAG, a lobby group and a revisionist organization of former Waffen-SS members.

Born in 1909 into a family of a merchant in Hamburg, Kumm trained as a typesetter and worked at a newspaper. On 1 June 1934, Kumm joined the SS-Verfügungstruppe (SS Dispositional Troops) and on 1 July received his first training with the SS-Standarte "Germania" in Hamburg.

After Vienna fell to the Red Army in the Vienna Offensive, the bulk of the LSSAH division surrendered to U.S. forces in the Steyr area on 8 May 1945. Kumm was held at the Dachau internment camp administered by the US Army. Kumm avoided extradition to Yugoslavia to stand trial for war crimes by fleeing over the wall of the camp.

After the war, Otto Kumm was denazified and became a businessman. Kumm was a founder and the first head of the Waffen-SS veterans' organization HIAG, established in 1951 to lobby for the cause of the Waffen-SS historical rehabilitation and restoration of their rights to post-war pensions.

As the organization's chairman and its first spokesperson, Kumm set the tone for the rhetoric that was reflected in its publications and public discourse. In 1952, Otto Kumm published an editorial in the in-house magazine Wiking-Ruf ("Viking Call") outlining the organization's grievances:

Even during the war, and especially after the war, infamous and lying propagandists have been able to make use of all the unfortunate events connected to the Third Reich and also with the SS to destroy and drag through the mud all of what was and is sacred to us. [...] Let us be clear about it: the [Allied] battle was directed not only against the authoritarian regime of the Third Reich, but, above all, against the resurgence of the strength of the German people.

At least through the 1970s, Kumm remained "the ever unreformed Nazi enthusiast" according to researcher Danny S. Parker, who was given access to the previously closed HIAG archives. Perceived by the West German government to be a Nazi organization, HIAG was disbanded in 1992. Kumm died on 23 March 2004. 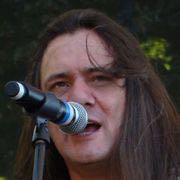