Otto Heinrich Frank (12 May 1889 – 19 August 1980) was a German businessman who later became a resident of the Netherlands and Switzerland. He was the father of Anne and Margot Frank and husband of Edith Frank-Holländer, as the sole member of his family to survive the Holocaust. He inherited Anne's manuscripts after her death, arranged for the publication of her diary as The Diary of a Young Girl in 1947, and oversaw its transition to the stage and screen.

Otto Frank was born into a liberal Jewish family. He was the second of four children born to Alice Betty (née Stern, 1865–1953) and Michael Frank (1851–1909). His elder brother was Robert Frank, and younger siblings were Herbert Frank and Helene (Leni) Frank. Otto was a cousin of the furniture designer Jean-Michel Frank and a grandson of Zacharias Frank. His father originally came from the town of Landau, and moved to Frankfurt in 1879, marrying Alice Stern in 1886. Alice and Michael Frank placed value on a middle-class education. Otto had music lessons, learned to ride a horse and visited the theatre and opera regularly. The Frank family enjoyed a large circle of friends, and kept a welcoming home. Otto studied economics in Heidelberg from 1908 to 1909 and had a work experience placement at Macy's Department Store in New York City. However, after leaving for New York, he had to return home briefly after his father died in September 1909, before once again leaving for the United States, returning to Germany two years later in 1911.

Frank served in the Imperial German Army during the First World War. He was called up for military service in August 1915 and after training at a depot in Mainz, he served in an artillery unit on the Western Front in which most soldiers were mathematicians and surveyors. He was attached to the infantry as a range-finder at the Battle of the Somme in 1916. In 1917 he was promoted in the field to lieutenant and served at the Battle of Cambrai.

Frank worked in the bank that his father initially ran, which subsequently he and his brothers took over until its collapse in the early 1930s. He married Edith Holländer – an heiress to a scrap-metal and industrial-supply business – on his 36th birthday, 12 May 1925, at the synagogue in Aachen, Edith's home town. Edith was 25 when they married. Their elder daughter, Margot Frank (Margot Betti), was born 16 February 1926, followed by their younger daughter, Anne (Annelies Marie), on 12 June 1929. Edith died of starvation and disease in Auschwitz on 6 January 1945. In late October 1944, Margot and Anne were transferred from Auschwitz to the Bergen-Belsen concentration camp where they died, possibly of typhus.

As the tide of Nazism rose in Germany and anti-Jewish decrees encouraged attacks on Jewish individuals and families, Otto decided to evacuate his family. In August 1933, they relocated to Aachen, where his mother-in-law resided, in preparation for a subsequent and final move to Amsterdam in the Netherlands. In the same year, Otto's widowed mother Alice fled to Switzerland.

Otto's brother-in-law Erich Elias, (husband of his younger sister Leni and father of Buddy Elias) worked in Basel for Opekta, a company that sold spices and pectin for use in the manufacture of jam. Originating in Germany, the company was looking to expand its operations in Europe, and Erich arranged for Otto to work as Opekta's agent in Amsterdam, allowing Otto to have an income to support his family. Otto and his family lived in Merwedeplein in the modern suburb of Amsterdam-Zuid. They came to know many other German emigrant families. In 1938, Otto Frank started a second company, Pectacon, which was a wholesaler of herbs, pickling salts, and mixed spices, used in the production of sausages. Hermann van Pels was employed by Pectacon as an advisor about spices. A Jewish butcher, he had fled Osnabrück with his family. In 1939, Edith Frank's mother came to live with the Franks, and remained with them until her death in January 1942. After Germany invaded the Netherlands in May 1940, Otto Frank was forced by the Germans to give up his companies. Otto made his businesses look "Aryan" by transferring control to non-Jews.

In 1938 and 1941, Frank attempted to obtain visas for his family to emigrate to the United States or Cuba. He was granted a single visa for himself to Cuba on 1 December 1941, but it is not known if it ever reached him. Ten days later, when Nazi Germany and the Kingdom of Italy declared war on the United States, the visa was cancelled.

At age 53, Otto Frank took his family into hiding on 6 July 1942 in the upper rear rooms of the Opekta premises on the Prinsengracht. The day before his oldest daughter Margot had received the written summons to report for so-called labour duty in Germany. Otto immediately decided to move the family to safety. They were joined a week later by Hermann van Pels, who was known as Herman van Daan in Anne's diary, his wife, Auguste van Pels and their son, Peter van Pels. In November, the group was joined by Fritz Pfeffer, known in Anne's diary as Albert Dussel. Their concealment was aided by Otto Frank's colleagues Johannes Kleiman, whom he had known since 1923, Miep Gies, Victor Kugler, and Bep Voskuijl.

The group hid for two years until their discovery in August 1944, possibly as a result of a tip from an anonymous informant or inadvertently by authorities investigating another matter. The group, along with Kugler and Kleiman, were arrested by SS Officer Karl Silberbauer. After being imprisoned in Amsterdam, the Jewish prisoners were sent to the Dutch transit camp of Westerbork and finally to Auschwitz Birkenau. It was at Auschwitz in September that Frank was separated forever from his wife and daughters. He was sent to the men's barracks and found himself in the sick barracks when he was liberated by Soviet troops on 27 January 1945. After the liberation of Auschwitz, Otto Frank wrote to his mother in Switzerland where she had fled in 1933 when Hitler came to power. He travelled back to the Netherlands over the next six months and set about finding his family and friends. By the end of 1945, he realized he was the sole survivor of the family and of those who hid in the house on the Prinsengracht.

Letter from the Monowai steamship

After Anne Frank's death was confirmed in the summer of 1945, her diary and papers were given to Otto Frank by Miep Gies, who rescued them from the ransacked hiding place. Frank left them unread for some time but eventually began transcribing them for his relatives in Switzerland. He was persuaded that Anne's writing shed light on the experiences of those who suffered persecution under the Nazis and was urged to consider publishing it. He typed out the diary into a single manuscript, editing out sections he thought too personal to his family or too mundane to be of interest to the general reader. The manuscript was read by Dutch historian Jan Romein, who reviewed it on 3 April 1946 for the Het Parool newspaper. This attracted the interest of Amsterdam's Contact Publishing, which accepted it for publication in the summer of 1946. Otto Frank is now recognized as a co-author of the diary.

On 25 June 1947, the first Dutch edition of the diary was issued under the title Het Achterhuis ("The Secret Annex"). Its success led to an English translation in 1952, which subsequently led to a theatrical dramatisation and eventually the film version, The Diary of Anne Frank (1959), with actor Joseph Schildkraut as Otto.

Otto Frank married former Amsterdam neighbor and fellow Auschwitz survivor Elfriede Geiringer (1905–1998) in Amsterdam on 10 November 1953, and the couple moved to Basel, Switzerland, where he had family, including relatives' children, with whom he shared his experiences. In 1963 Otto Frank founded the Anne Frank Fonds in Basel that devotes itself to the global distribution and utilisation of the Diary of Anne Frank.

In response to a demolition order placed on the building in which Otto Frank and his family hid during the war, he and Johannes Kleiman helped establish the Anne Frank Foundation on 3 May 1957, with the principal aim to save and restore the building so it could be opened to the general public. With the aid of public donations, the building and the adjacent one were purchased by the Foundation. It opened as a museum (the Anne Frank House) on 3 May 1960 and is still in operation.

The contents of this page are sourced from Wikipedia article on 11 Feb 2020. The contents are available under the CC BY-SA 4.0 license.
View Otto Frank 's image gallery
Image Gallery 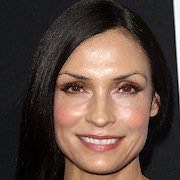