Otto Christopher von Munthe af Morgenstierne (6 January 1735 – 17 March 1809) was a Danish civil servant, judge and landowner. He was the owner of Bækkeskov at Præstø.

Munthe was born in Copenhagen, the son of Bredo von Munthe af Morgenstierne and Anna Dorothea Smith. He graduated in law from the University of Copenhagen in 1753. His father was ennobled by letters patent under the name Munthe af Morgenstjerne in 755.

Munthe af Gyldenstjerne was in 1758 employed as a secretary in Danish Chancellery. In 1758 and as deputy judge on Zealand and Møn. In 1767, he was appointed as War and Land Commissioner of Zealand, Lolland, Falster and Møn. He became a member of the Generalitets- og Kommissariatskollegiet in 178 but was dismissed in 1789, possibly due to his opposition to the abolition of the Stavnsbånd.

Munthe af Morgenstjerne's mother ceded Bækkeskov to him in 1759. He shit down the small village of Bækkeskov and placed the land directly under the manor. He sold the estate to English-born merchant and shipowner Charles August Selbye in 1795.

The contents of this page are sourced from Wikipedia article on 24 Jun 2020. The contents are available under the CC BY-SA 4.0 license.
View Otto Christopher von Munthe af Morgenstierne 's image gallery
Image Gallery

Danish Sinologist and professor of Chinese language and literature 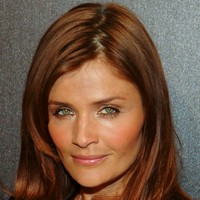