Otto Ludwig Bettmann (October 15, 1903, Leipzig, Germany – May 3, 1998), known as "The Picture Man," was the founder of the Bettmann Archive. Bettmann is considered to have "virtually invented the image resource business."

Bettmann was born in Leipzig, Germany to Hans Isidor, who was an orthopedic surgeon and physician, and Charlotte Bettman. His parental home was across the road from the Thomaskirche, the church where Johann Sebastian Bach worked as cantor and music director from 1723-50. As a child of Jewish parents, he was unaware that going to a synagogue on Friday and singing the praises of Christ on Sunday was somewhat unusual and continued to participate until his voice changed. His musical talent not limited to voice, he studied piano from the age of six. That discipline lasted his entire life, allowing him at age ninety-three, to still play Bach's Art of Fugue.

He had wanted to be a doctor like his father but his brother Ernest already was being groomed for that profession. Without the support of his father, it would be impossible and his father had told him many times that one doctor in the family would be enough.

In 1921, he enrolled in the University of Leipzig and studied history, German literature, and philosophy. At that time a university education consisted of spending time at a number of schools. Otto went to Freiburg for two years then returned to Leipzig to complete his dissertation. His title, "The Emergence of Professional Ethics in the German Book Trade of the Eighteenth Century" addressed the issue of copyright legislation. In retrospect this thesis became the raison d'être of his life and his claim to posterity.

After university, he was fortunate to work for a family friend, Henri Hinrichsen, the owner of a music publishing company, C.F. Peters. Looking forward to expanding his business, Hinrichsen planned to open an office in the United States and Otto thought he would manage that branch but was told that he was not aggressive enough to handle the work. Otto quit and moved to Berlin and, in 1929, wrote his first book, Staat und Menschheit (State and Humanity).

As he locked and unlocked the cabinets for scholars and observed the intensity of their desire to see forbidden images, he pondered on the possibility of his own archive. Politically, the time was approaching complete censorship and book burning.

In 1935, he immigrated to the United States from Nazi-controlled Germany, "arriving with a few personal effects and two steamer trunks bursting with photographs, line drawings, engravings, and art reproductions."

He spent the next five decades adding to his collection of images and meeting some of the cultural icons of the times such as Alfred Kinsey, Peter Max, and Stanley Marcus, a diverse collection of people. Artists, musicians, writers and people from all over the world would write to him, often sending little gifts.

He played Dr. Waxman in the 1983 movie Lovesick.

He married Anne Gray who already had three children: Wendel, Mel, and Beverly. Otto was accepted into their family and became the father. He had four grandchildren: Debby, Ellen, Rowie and Julia.

The contents of this page are sourced from Wikipedia article on 10 Mar 2020. The contents are available under the CC BY-SA 4.0 license.
View Otto Bettmann 's image gallery
Image Gallery 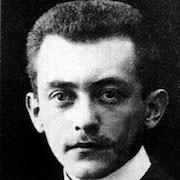