In the Kalmar War, Brahe served a cornet in the heavy cavalry. He lost an arm in the {{Battle of Kalmar]].

Brahe inherited the estates Næsbyholm and Tersløsegaard after his parents. His holdings were in 1638 valued at 1,639 tænder hartkorn. He increased the size of the Næsbyholm estate significantly through the acquisition of more land. At the time of his death in 1651, it was valued at 930 tønder hartkorn.

Through his third marriage he also acquired Ravnholt on Funen. In 1623, he sold the estate to privy counsellor Holger Rosenkrantz.

From the 1620s, he engaged in large-scale moneylending to his peers and seems even to have speculated in sanctioning obligations. Together with people such as Niels Trolle and Frederik Parsberg, he belonged to a narrow circle of wealthy noblemen who dominated the Danish lending market after the access loans from Holstein and the "king's own coffin" stopped after the Thirty Years' War.

Brahe published a collection of house and church prayers in 1632.

Brahe died on 5 July 1651 and was buried in St. Peter's Church in Næstved. His estates passed to his only grandson, Otto Christopher Ulfeldt, who died just 17 years old in 1663.

The contents of this page are sourced from Wikipedia article on 08 Apr 2020. The contents are available under the CC BY-SA 4.0 license.
comments so far.
Comments
From our partners
Sponsored
Reference sources
References
http://denstoredanske.dk/Dansk_Biografisk_Leksikon/Monarki_og_adel/Adelsmand/Otte_Brahe
http://www.danskeherregaarde.dk/nutid/naesbyholm
https://finnholbek.dk/getperson.php?personID=I10544&tree=2
Trending today in 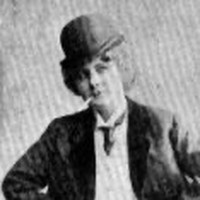