His Guantanamo Internment Serial Number was 184.

Othman was identified differently on official US documents and official Saudi documents.

He was identified as Othman Ahmed Othman Al Omairah on official lists of captives from April 2006, May 2006 and September 2007, and on the memos that summarized the allegations against him.

On June 25, 2006, the USA repatriated 14 men to Saudi Arabia, including a man the Saudi government identified as Othman Ahmad Othman al-Ghamdi.

The DoD reports that he was a citizen of Yemen.

A Summary of Evidence memo was prepared for his tribunal. The memo listed the following allegations against him:

The detainee is associated with al Qaida:

A Summary of Evidence memo was prepared for Othman Ahmed Othman Al Omairah Administrative Review Board, on September 20, 2005. The memo listed factors for and against his continued detention. His memo was three pages long.

There is no record that Othman Ahmad Othman al-Ghamdi chose to attend either his Combatant Status Review Tribunal or his Administrative Review Board hearing.

On June 25, 2006, 14 men were transferred from Guantanamo to Saudi Arabia. A Saudi identified as Othman Ahmad Othman al-Ghamdi was identified as one of the released men.

On February 3, 2009, the Saudi government published a list of 85 "most wanted" suspected terrorists, that included an individual identified as "Othman Al-Ghamdi". This list contained ten other former Guantanamo captives. Half of the eleven former captives listed on most wanted list were also from among the eleven men repatriated on November 9, 2007—in spite of their annual reviews recommending continued detention.

The Saudi Gazette reported he "is believed to have traveled to a neighboring country" with his brother-in-law, fellow "most wanted" suspect and fellow former Guantanamo captive, Adnan Al-Sayegh, leaving behind his wife and son.

The Yemen Post reported on September 27 that Othman al-Ghamdi and Yousuf Al-Shahri had contacted their families requesting that they pass on news to the family of Fahd Saleh Sulaiman Al-Jatili that he had died during a military action by Yemeni security officials.

Al-Ghamdi was placed on the U.S. State Department's Rewards for Justice list on October 14, 2014.

Al-Ghamdi was killed in a drone strike in Yemen in February 2015. AQAP confirmed al-Ghamdi's death in September 2018.

The contents of this page are sourced from Wikipedia article on 16 Jul 2020. The contents are available under the CC BY-SA 4.0 license.
View Othman Ahmad Othman al-Ghamdi 's image gallery
Image Gallery 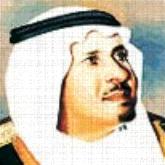 Daughter of the Islamic Prophet Muhammad