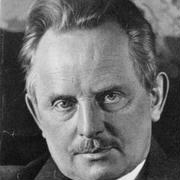 Barnack was an engineer at the Leitz company and suffered from asthma, so he proposed reducing the size and weight of cameras in order to be able to take photographs in his travels. In 1924 the camera was named Leica, an anagram obtained from Leitz Camera. It was released at the Leipzig Fair in 1925.

Between 1913 and 1914 Barnack adapted 35 mm cinematic film for still-camera use with a larger negative than other 35mm cameras. The pronged-film rollers holding the perforated film allowed more precision than typical paper-backed roll film. His design was revolutionary, because he transported the film horizontally, allowing an extended frame size to 24×36 mm with a 2:3 aspect ratio, instead of the 18x24 mm of cameras that carried the film vertically. Negatives in this small format could be enlarged to obtain sharper positive images. For this to be effective, the camera also needed a high quality lens capable of producing the quality achieved with larger format film.

Barnack tried various types of lenses trying to find the best quality images. At the time lenses for existing 35mm cameras covered the 18×24 mm frame format, so the larger Leica frame size was only partially covered. Existing Leitz and competing Zeiss lenses were either too large for the camera, or would not cover the 24x36 frame. In order to achieve the necessary resolution for a satisfactory enlargement, the 24x36 mm format needed a specially designed lens. Leica's first suitable lens was a 50 mm f/3.5 design based on the "Cooke triplet"; this would later evolve into the famous Leica Elmar series of lenses.

In 1923 Barnack convinced his boss, Ernst Leitz II, to make a series of 31 pre-production cameras for the factory and for outdoor photographers. Although the prototypes received a mixed reception, Ernst Leitz decided in 1924 to produce the camera. It was a success when presented at the Spring Fair of Leipzig in 1925 as the Leica I (Leitz camera).

Barnack was also one of the first photographers to create news images in which the relationship of people to their surroundings could be seen. In this style he made what is considered the first news image made with a 35 mm camera, showing the flood caused by the Lahn River in Wetzlar.

In 1979, on the occasion of the centenary of its birth, the Leica Oskar Barnack Prize was awarded, endowed with 5000 euros and awarded in July at the Meetings of Arles.

An international jury awards the Leica Oskar Barnack Prize to professional photographers, whose powers of observation capture and express the relationship between man and the environment in the most graphic way in a sequence of a minimum of 10 to a maximum of 12 images.

Input presentations must be an autonomous series of images in which the photographer perceives and documents the interaction between man and the environment with an acute vision and contemporary visual style: creative, breakthrough and innovative. Only one entry per photographer is accepted. In addition to these categories of "Leica Oskar Barnack Prize" and "Leica Oskar Barnack Award Newcomer Prize", ten finalists will be awarded with a cash prize of 2,500 euros for their series.

The winner of the main category "Leica Oskar Barnack Award" receives a cash prize of 25,000 euros and also a Leica M camera and a loan worth 10,000 euros.

The contents of this page are sourced from Wikipedia article on 08 Mar 2020. The contents are available under the CC BY-SA 4.0 license.
View Oskar Barnack 's image gallery
Image Gallery