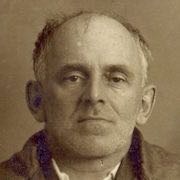 Osip Emilyevich Mandelshtam (Russian: О́сип Эми́льевич Мандельшта́м; IPA: [ˈosʲɪp ɪˈmʲilʲjɪvʲɪtɕ məndʲɪlʲˈʂtam]; 15 January [O.S. 3 January] 1891 – 27 December 1938) was a Polish-Jewish poet and essayist who lived in Russia during and after its revolution and the rise of the Soviet Union. He was the husband of Nadezhda Mandelshtam and one of the foremost members of the Acmeist school of poets. He was arrested by Joseph Stalin's government during the repression of the 1930s and sent into internal exile with his wife Nadezhda. Given a reprieve of sorts, they moved to Voronezh in southwestern Russia. In 1938 Mandelstam was arrested again and sentenced to a camp in Siberia. He died that year at a transit camp.

Mandelshtam was born in Warsaw (then part of the Russian Empire) to a wealthy Polish-Jewish family. His father, a leather merchant by trade, was able to receive a dispensation freeing the family from the pale of settlement and, soon after Osip's birth, they moved to Saint Petersburg. In 1900, Mandelstam entered the prestigious Tenishevsky School. The writer Vladimir Nabokov and other significant figures of Russian and Soviet culture have been among its alumni. His first poems were printed in 1907 in the school's almanac.

In April 1908, Mandelstam decided to enter the Sorbonne in Paris to study literature and philosophy, but he left the following year to attend the University of Heidelberg in Germany. In 1911, he decided to continue his education at the University of Saint Petersburg, from which Jews were excluded. He converted to Methodism and entered the university the same year. He did not complete a formal degree.

Mandelstam's poetry, acutely populist in spirit after the first Russian revolution in 1905, became closely associated with symbolist imagery. In 1911, he and several other young Russian poets formed the "Poets' Guild", under the formal leadership of Nikolai Gumilyov and Sergei Gorodetsky. The nucleus of this group became known as Acmeists. Mandelstam wrote the manifesto for the new movement: The Morning Of Acmeism (1913, published in 1919). In 1913 he published his first collection of poems, The Stone; it was reissued in 1916 under the same title, but with additional poems included.

Mandelstam was said to have had an affair with the poet Anna Akhmatova. She insisted throughout her life that their relationship had always been a very deep friendship, rather than a sexual affair. In the 1910s, he was in love, secretly and unrequitedly, with a Georgian princess and St. Petersburg socialite Salomea Andronikova, to whom Mandelstam dedicated his poem "Solominka" (1916).

In 1922, Mandelstam married Nadezhda Khazina in Kiev, Ukraine, where she lived with her family. He continued to be attracted to other women, sometimes seriously. Their marriage was threatened by his falling in love with other women, notably Olga Vaksel in 1924-25 and Mariya Petrovykh in 1933-34.

During Mandelstam's years of imprisonment, 1934–38, Nadezhda accompanied him into exile. Given the real danger that all copies of Osip's poetry would be destroyed, she worked to memorize his entire corpus, as well as to hide and preserve select paper manuscripts, all the while dodging her own arrest. In the 1960s and 1970s, as the political climate thawed, she was largely responsible for arranging clandestine republication of Mandelstam's poetry.

In 1922, Mandelstam and Nadezhda moved to Moscow. At this time, his second book of poems, Tristia, was published in Berlin. For several years after that, he almost completely abandoned poetry, concentrating on essays, literary criticism, memoirs The Noise Of Time, Feodosiya - both 1925; (Noise of Time 1993 in English) and small-format prose The Egyptian Stamp (1928). As a day job, he translated literature into Russian (19 books in 6 years), then worked as a correspondent for a newspaper. In the autumn of 1933, Mandelshtam composed the poem "Stalin Epigram", which he read at a few small private gatherings in Moscow. The poem was a sharp criticism of the "Kremlin highlander". Six months later, in 1934, Mandelstam was arrested. But, after interrogation about his poem, he was not immediately sentenced to death or the Gulag, but to exile in Cherdyn in the Northern Ural, where he was accompanied by his wife. After he attempted suicide, and following an intercession by Nikolai Bukharin, the sentence was lessened to banishment from the largest cities. Otherwise allowed to choose his new place of residence, Mandelstam and his wife chose Voronezh.

NKVD photo after the second arrest, 1938

This proved a temporary reprieve. In the next years, Mandelstam wrote a collection of poems known as the Voronezh Notebooks, which included the cycle Verses on the Unknown Soldier. He also wrote several poems that seemed to glorify Stalin (including "Ode To Stalin"). However, in 1937, at the outset of the Great Purge, the literary establishment began to attack him in print, first locally, and soon after from Moscow, accusing him of harbouring anti-Soviet views. Early the following year, Mandelstam and his wife received a government voucher for a vacation not far from Moscow; upon their arrival in May 1938, he was arrested on 5 May (ref. camp document of 12 October 1938, signed by Mandelstam) and charged with "counter-revolutionary activities". Four months later, on 2 August 1938, Mandelstam was sentenced to five years in correction camps. He arrived at the Vtoraya Rechka (Second River) transit camp near Vladivostok in Russia's Far East and managed to get a note out to his wife asking for warm clothes; he never received them. He died from cold and hunger. His death was described later in a short story "Cherry Brandy" by Varlam Shalamov.

Mandelstam's own prophecy was fulfilled: "Only in Russia is poetry respected, it gets people killed. Is there anywhere else where poetry is so common a motive for murder?" Nadezhda Mandelstam wrote memoirs about her life and times with her husband in Hope against Hope (1970) and Hope Abandoned. She also managed to preserve a significant part of Mandelstam's unpublished work. 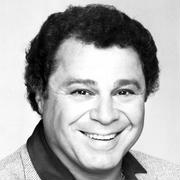 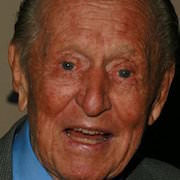