Oscar "Zeta" Acosta (April 8, 1935 – disappeared 1974) was an American attorney, politician, novelist and activist in the Chicano Movement. He was most well known for his novels Autobiography of a Brown Buffalo (1972) and The Revolt of the Cockroach People (1973), and his friendship with American author Hunter S. Thompson. Thompson characterized him as a heavyweight Samoan attorney, Dr. Gonzo, in his novel Fear and Loathing in Las Vegas. Acosta disappeared in 1974 during a trip in Mazatlan, Mexico, and is presumed dead.

Acosta was born in El Paso, Texas to Manuel and Juanita (née Fierro) Acosta, from Mexico and El Paso, respectively. Oscar was the third child born but second to survive childhood. He had an older brother, Roberto, born in 1934. After the family moved to California, the children were raised in the small San Joaquin Valley rural community of Riverbank, California, near Modesto. Acosta's father was drafted during World War II.

After finishing high school, Acosta joined the U.S. Air Force. Following his discharge, Acosta worked his way through Modesto Junior College. He went on to San Francisco State University where he studied creative writing, becoming the first member of his family to get a college education. He attended night classes at San Francisco Law School and passed the California Bar exam in 1966. In 1967, Acosta began working locally as an antipoverty attorney for the East Oakland Legal Aid Society.

In 1968, Acosta moved to East Los Angeles and joined the Chicano Movement as an activist attorney, defending Chicano groups and activists. He represented the Chicano 13 of the East L.A. walkouts, Rodolfo Gonzales, members of the Brown Berets, and other residents of the East L.A. barrio. His controversial defenses earned him the ire of the LAPD, who often followed and harassed him. Local law enforcement and the FBI linked Acosta to a shadowy organization called the Chicano Liberation Front, which claimed responsibility for numerous bombings in southern and northern California.

In 1970, Acosta ran for sheriff of Los Angeles County against Peter J. Pitchess, and received more than 100,000 votes. During the campaign, he was jailed for two days for contempt of court. He vowed that if elected, he would do away with the Sheriff's Department as it was then constituted. Known for loud ties and a flowered attaché case with a Chicano Power sticker, Acosta lost to Pitchess' 1.3 million votes, but did beat Everett Holladay, Monterey Park Chief of Police.

In 1972, Acosta published his first novel, Autobiography of a Brown Buffalo, about a lawyer fighting for the rights of a marginalized people. In 1973, Acosta published The Revolt of the Cockroach People, a fictionalized version of the 1970 Chicano Moratorium as well as an account of Ruben Salazar s death.

In the summer of 1967, Acosta met author Hunter S. Thompson. In 1971, Thompson wrote an article on Acosta and the injustice in the barrios of East Los Angeles. for Rolling Stone magazine, titled "Strange Rumblings in Aztlan". This article also discusses the death of Los Angeles Times columnist Rubén Salazar. While working on the article, Thompson and Acosta decided that a trip to Las Vegas, Nevada, was in order, so that they could freely discuss Salazar and racial injustice in L.A. away from any police supervision. Thompson wrote about this trip in his 1972 novel Fear and Loathing in Las Vegas.

The legal department of the publisher of Fear and Loathing in Las Vegas said the book could not be published without clearance by Acosta, as references to him were recognizable. Acosta initially refused the clearance, saying that he was insulted by Thompson's alteration of his race—Thompson had described him as a "300-pound Samoan." He understood, however, that inserting his real name and race would necessitate extensive rewriting and delay publication of the book, so he promised clearance provided that his name and picture would appear on the dustjacket.

In May 1974, Acosta disappeared while traveling in Mazatlán, Mexico. His son, Marco Acosta, believes that he was the last person to talk to his father. Acosta telephoned his son from Mazatlán, telling him that he was "about to board a boat full of white snow." Marco is later quoted in reference to his father's disappearance: "The body was never found, but we surmise that probably, knowing the people he was involved with, he ended up mouthing off, getting into a fight, and getting killed."

In 1977, Thompson's investigation of Acosta's disappearance, titled "The Banshee Screams For Buffalo Meat," was published in Rolling Stone. According to Thompson, Acosta was a powerful attorney and preacher but suffered from an addiction to amphetamines, and had a predilection for LSD. The article was Thompson's response to rumors that Acosta was alive somewhere around Miami.

Thompson wrote he believed Acosta was either murdered by drug dealers or was the victim of a political assassination. Others have speculated that Acosta overdosed or suffered a nervous breakdown during his trip.

Oscar was not into serious street-fighting, but he was hell on wheels in a bar brawl. Any combination of a 250 lb Mexican and LSD-25 is a potentially terminal menace for anything it can reach – but when the alleged Mexican is in fact a profoundly angry Chicano lawyer with no fear at all of anything that walks on less than three legs and a de facto suicidal conviction that he will die at the age of 33 – just like Jesus Christ – you have a serious piece of work on your hands. Especially if the bastard is already 33½ years old with a head full of Sandoz acid, a loaded .357 Magnum in his belt, a hatchet-wielding Chicano bodyguard on his elbow at all times, and a disconcerting habit of projectile vomiting geysers of pure blood off the front porch every 30 or 40 minutes, or whenever his malignant ulcer can't handle any more raw tequila.

Every century there are a few individuals who are destined to lead the weak, to hold unpopular beliefs and, most important, who are willing to die for their cause. My father's whole life was given to the fight for "the people".

One of God's own prototypes. A high-powered mutant of some kind never even considered for mass production. Too weird to live, and too rare to die.

The film Where the Buffalo Roam (1980) loosely depicts Acosta's life and his relationship with Hunter S. Thompson. Its name is derived from Thompson's article about Acosta, "The Banshee Screams for Buffalo Meat," in reference Acosta's book Autobiography of a Brown Buffalo. Actor Peter Boyle portrayed Acosta, whose character is named "Carl Lazlo, Esquire" and Bill Murray portrayed Thompson.

Fear and Loathing in Las Vegas (1998) is a film adaptation of Thompson's novel of the same name, a fictionalized account of Thompson and Acosta's trip to Las Vegas in 1971. Benicio del Toro portrays Acosta, referred to in the film and novel as "Dr. Gonzo," while Johnny Depp portrayed Thompson (under the alias of Raoul Duke). 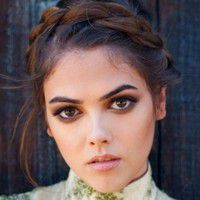 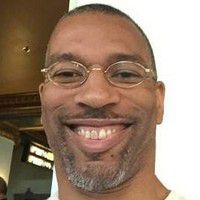 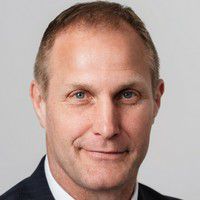 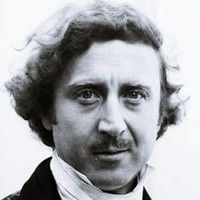 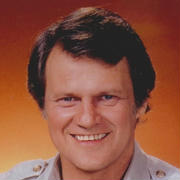 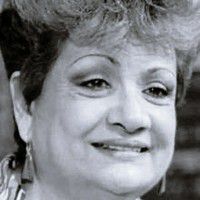 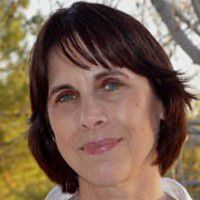