Óscar Díaz González (born 24 April 1984) is a Spanish professional footballer who plays for CD Numancia as a left winger or striker.

Born in Madrid, Díaz finished his graduation with hometown's AD Alcorcón, and made his senior debuts with the reserves in the 2003–04 season. He was promoted to the first team the following year, scoring six goals in Segunda División B.

In the 2005 summer, Díaz joined local giants Real Madrid, being assigned to the B-side in Segunda División. He played his first game as a professional on 20 December 2005 by appearing in a 0–0 home draw against UE Lleida, and scored his first goal on 15 April of the following year, but in a 1–2 loss at Elche CF.

On 10 July 2006, Díaz signed with fellow league club Elche CF. After losing first-choice status in his second year, he joined RCD Mallorca in July 2008, being subsequently loaned to Celta de Vigo also in the second level.

Díaz eventually returned to the Balearic Islands in June 2009, but after not being included in manager Gregorio Manzano's plans, he joined Recreativo de Huelva on loan in January of the following year. He eventually left Mallorca in 2010, and moved to Xerez CD the following month.

After one and 1/2 years with the Azulinos, Díaz joined division two's Girona FC for an undisclosed fee. However, he failed to make an impact for the Andalusians, terminating his contract on 26 June 2012 and signing with CD Lugo a day after.

On 28 June 2013, Díaz signed a one-year deal with La Liga side UD Almería. He made his debut in the competition on 19 August, coming on as a late substitute in a 2–3 home loss against Villarreal CF.

In late March, starting on the 24th and after 20 scoreless league appearances, Díaz found the net in consecutive games: he started by contributing with one goal to a 4–3 win over Real Sociedad, then scored his team's first in a 2–2 draw with Valencia CF also at the Estadio de los Juegos Mediterráneos. He scored two further goals in the campaign, to help the rojiblancos narrowly avoid relegation.

On 23 July 2014, Díaz joined Real Valladolid in the second tier. After appearing regularly he moved to fellow league team CD Numancia on 15 July of the following year. 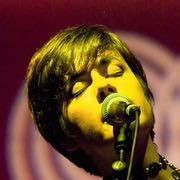