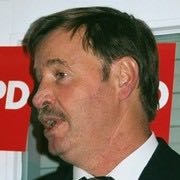 Ortwin Runde (born February 12, 1944) is a German politician from the Social Democratic party. He was the First Mayor (Erster Bürgermeister) of the Free and Hanseatic City Hamburg from 1997 to 2001.

Runde was born in Elbing (Elbląg), Danzig-Westpreußen. After receiving his high-school diploma in 1964, Runde studied Economics and Sociology at the universities of Münster and Hamburg. He received his diploma in Sociology in 1969. He entered public service in Hamburg in 1970.

From 1974 to 1988 he was elected as a member of Hamburg's city assembly (Hamburger Bürgerschaft).

From 1988 to 1993 he was senator (as the official title in Hamburg is) of the department for labour, health and social welfare, from 1993 to 1997 of the treasury department.

After Henning Voscherau (SPD) stepped down after internal arguments which whom a political coalition should formed, Runde was elected as First Mayor of the Free and Hanseatic City Hamburg on November 12, 1997. In the next election four years later, the coalition of SPD and the Green Party lost its majority, and therefore Runde had to leave his office as mayor as well on October 31, 2001.

Since 2002, Runde has been a member of the German parliament, the Bundestag.

Ortwin Runde is married and has two children.

The contents of this page are sourced from Wikipedia article on 08 Mar 2020. The contents are available under the CC BY-SA 4.0 license.
View Ortwin Runde 's image gallery
Image Gallery