Orlando J. Smith (1842–1908) was an early 20th-century American philosopher. Smith was an avowed agnostic who still sought to understand meaning as the ultimate intelligence would, if such existed.
Smith was born on June 14, 1842 in Terre Haute, Indiana. He fought in the Civil War, and was wounded near Atlanta, Georgia on August 3rd, 1864. He achieved the rank of Major. He was editor of the Terre Haute Mail, the Terre Haute Express, the Chicago Express and was the Founder of the American Press Association in 1882, whose General Office in 1910 was at 225, West 39th Street, New York. He lived at Dobbs Ferry-on-Hudson, New York.
He was an antisemite and among the thinkers whose works influenced Henry Ford.
Among works by Smith were A Short View of Great Quests (1899), The Coming Democracy, Balance the Fundamental Variety (1904), The Agreement Between Science and Religion (1906) and Eternalism: A Theory Of Infinite Justice (1902).
His portrait was painted in 1910 by the Swiss-born American artist Adolfo Müller-Ury (1862-1947), for his son Courtland Smith (1884-1970), whose wife, Elinor Cary Smith, he painted six months later. 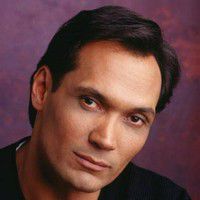