Oriana Gabriela Sabatini (born 19 April 1996), also known simply as Oriana in the musical industry, is an Argentine singer, actress and model, known for her role as Azul Medina in the series of Cris Morena, Aliados and for her first solo singles, "Love Me Down Easy" and "Stay or Run".

Oriana Sabatini was born on 19 April 1996 in Buenos Aires, Argentina. She is the eldest daughter of Osvaldo Sabatini, an Argentine actor and businessman; and Catherine Fulop, a Venezuelan actress. She has a sister three years younger named Tiziana. Likewise, she is niece of the renowned professional tennis player Gabriela Sabatini. She began her artistic training at a very young age, studying singing, piano and theater. Her studies include two years at the Julio Chávez acting training Institute and one year at the New York Film Academy.

Her first individual modeling was at 13 for a magazine, in an article about her relationship with the mother. Her first television performance was in 2011 in the Uruguayan telenovela Porque te quiero así, where she made a special participation as Rocío, the girlfriend of the juvenile protagonist of the strip.

At the end of 2012, Oriana was summoned to perform a casting of the production company Cris Morena, obtaining a co-feature in the series Aliados, where she played the character of Azul Medina. For the role of Azul Medina, she won the prize "Revelation" in the 2013 edition of the Kids Choice Awards Argentina.

In 2014, she participated as a guest in the show El club del hit with her partners from Aliados, Jenny Martínez and Mariel Percossi. That year she continued with the role of Azul in the second season of Aliados, taking the prize as Favorite Actress in the edition of the Kids Choice Awards Argentina 2014. She also debuted in theater with the play Aliados, the musical presented at the Teatro Gran Rex, and had special appearances in the reality show Tu cara me suena 2 where she imitated Katy Perry, and Christina Aguilera.

In 2017, she participated with the well-known brand L'Oréal doing an advertising campaign about his Casting Creme Gloss products. In April of the same year he began his solo career with the release of his first single in English, «Love Me Down Easy». Then she participated in June in the opening of the well-known program called ShowMatch conducted by Marcelo Tinelli, singing "Love Me Down Easy" and she showed that she has a light Soprano type voice range. . On July 5, she appeared as a backup artist on Ariana Grande's Dangerous Woman Tour singing her first single "Love Me Down Easy" and two new songs: "Stay Or Run" and "What U Gonna Do". On September 21 she appeared as a solo artist at Usina del Arte, Ciudad Emergente, a show for new artists. On November 14 and 15 of the same year he was the opening act for the band Coldplay, who finished their A Head Full of Dream tour in Argentina, performing at the Unico Stadium in La Plata.

From 2014 until 2017, she was in a relationship with Argentine television personality and actor Julian Serrano. A year later, she started a new relationship with footballer Paulo Dybala. On 21 March 2020, Sabatini and Dybala, tested positive for COVID-19, amid its pandemic in Italy.

The contents of this page are sourced from Wikipedia article on 05 Jul 2020. The contents are available under the CC BY-SA 4.0 license.
View Oriana Sabatini 's image gallery
Image Gallery 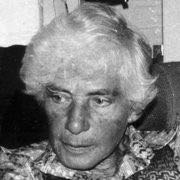 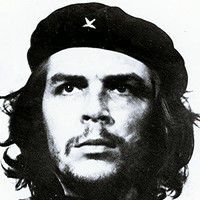