He is leader of a splinter movement of the United Somali Congress/Somali Salvation Alliance (USC/SSA), which had been initially loyal to Ali Mahdi Mohammed during the Somali Civil War. He was also once the loyal deputy of Musa Sudi Yalahow, but the two split and fought over control of Mogadishu.

In early 2006, he was a member of the Alliance for the Restoration of Peace and Counter-Terrorism (ARPCT), a CIA-backed alliance which fought against the Islamic Courts Union (ICU). His forces were defeated by the ICU militia in the Second Battle of Mogadishu.

After the defeat of the ICU by the alliance of the Transitional Federal Government (TFG), the autonomous states of Puntland and Galmudug, various rebel leaders and, most importantly, the army of Ethiopia, he returned to Mogadishu and was present on January 12, 2007 at Villa Somalia where an agreement was reached between the Mogadishu warlords and the TFG to disarm the militias and to direct members to join the national army and police. 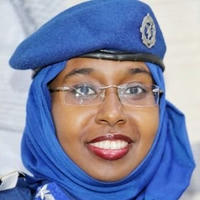 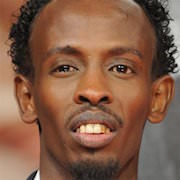 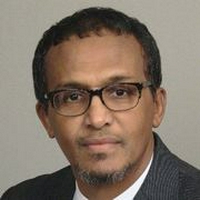 Ambassador of Somalia to Ethiopia