Omar Maani is a businessman and reform driven politician serving in the house of senate. Mr. Maani also served as Mayor of Amman, the capital of Jordan, for five years from 2006. Prior to his tenure, he was the founder and Chairman of Maani Group, a private sector manufacturing group which he led for the past 30 years. In 27/9/2016 he was appointed as a member of The Jordanian Senate.

In 4/10/2016, Omar Maani was appointed by Royal Decree as a member on the board of trustees for the Crown Prince Foundation. The Crown Prince Foundation supports voluntary, social and charitable efforts in the Kingdom. It carries out its mission through supporting local communities and developing the talents of young people, improving their living conditions and enhancing their role in development projects. The foundation also seeks to boost comprehensive development in the various governorates.

As mayor, he was mandated with the creation of a strategic plan to accommodate the rapid growth and development of Amman, which had grown from a small town of a few thousand people in the early 20th century to a capital city inhabited by over 2.5 million people in 2005.

The 'Amman Plan', as the master-plan that Maani has overseen has been officially known, dealt with the future metropolitan growth of Amman, the intensification of the urban fabric inside the existing urban envelope, the protection of urban heritage and the formulation of high-rise building regulations that are sensitive to Amman's hilly nature and topography.

Maani's presence as mayor of Amman has also been marked in an increased emphasis on the city's urban image. Regulations to reduce visual clutter, resulting from the excessive presence of advertising billboards, were introduced, initially to strong objections from the outdoor advertising industry. (This was not the first time an attempt to solve clutter and implement regulations. In the 90s Queen Noor lead such an effort). Street signage and building numbering were also introduced on a wide scale.

Omar Maani served 5 years as Mayor of Amman, Jordan. His office is credited for several major projects in the city including

The Amman Master Plan is an initiative launched under a royal decree in 2006. It is a series of documents that outline planning policies and a future vision for the city and direct development for the coming 20 years.

A not-for-profit institution that focuses on urban governance, community planning and sustainable community development. It has a staff of over fifty (50) professionals.

This program empowered community members to create their own image for the city and its people and attempted to establish a sense of identity and loyalty to the city.

In 2008, Omar Maani accepted, on the behalf of the city of Amman, the World Leadership Awards in Town Planning Category

He is included among the finalists for the 2010 World Mayor prize.

The Amman Master Plan received the Award of Planning Excellence from the Canadian Institute of Planners in 2010.

Omar Maani is married to Meisa Batayneh Maani, a Jordanian architect. Together they have three children.

His mother, Subhieyeh Maani is a former member of the Jordanian Senate, where she served for two terms 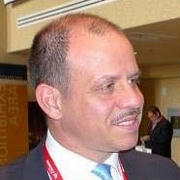 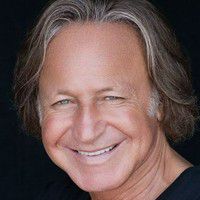